Raymond Anthony Andrade getting ready to raise the LGBTQ flag at City Hall in 2020. Photo by Robert Eliason.
×

In a 4-1 vote on April 5, the Hollister City Council tabled for two weeks a resolution to authorize the city’s commemoration of the anniversary of the Stonewall Riots which inspired the movement for lesbian, gay, bisexual, transgender (LGBT) civil rights in the United States.

Councilman Rolan Resendiz, the only openly gay politician in San Benito County, had requested the resolution be placed on the agenda to allow the flying of the “LGBTQ pride flag,” also known as the “rainbow flag,” in front of City Hall during the month of June. He was the sole no vote after Councilmembers Honor Spencer, Rick Perez and Tim Burns voiced concerns and suggested alternatives to using the single flagpole outside City Hall.

The resolution was on the consent agenda and would have passed without comment but Spencer asked that it be pulled in order to voice her concerns. She said even though she supported LGBTQ rights and said some of her family members are gay, she thought displaying the flag was a bad idea.

“Putting this flag outside City Hall, we are opening a can of worms,” she said. “If we allow the LGBTQ pride flag to be raised at City Hall for one day or one month, that means we have to allow whatever group comes to us and wants to raise their flag. The first time we do not say yes there will be a lawsuit. I just can’t have those kinds of lawsuits against this city.”

She apologized to Resendiz, saying she knew his heart was in the right place, but she could not support it. Burns said he agreed with Spencer’s concerns while he too supported LGBTQ rights. He asked City Manager Brett Miller if the city had a formal policy about flying other than the American or Prisoner of War flags. Miller said the only policy was to disallow the flying of foreign flags.

Burns said, “I want to get to yes,” and suggested installing two more flagpoles in front of City Hall to accommodate the POW or California flags, and another to fly “unity flags” that would include the LGBTQ pride flag. He said he believed the “cost would not be outrageous” to install two more poles either in front of City Hall located on Fifth Street or at Dunne Park located on West Street, and that it was “long overdue,” but wanted a policy (to also include lighting the flags at night) in place first, so there would be no accusations of favoritism.

Perez also said he too had gay family members, supports LGBTQ rights and wanted the municipal code updated. He thought having a unity pole at Dunne Park was a better solution because there would also be room for rallies. He said every organization should be able to fly their flags on the unity pole.

“That includes religious,” he said. “I’d love to see a Christian flag for Easter, and that includes Muslims, for whatever holidays they have.”

Resendiz told Perez there could not be a Christian flag because of the need for the separation of church and state.

“This is a human rights issue that the city of Hollister has championed very recently,” Resendiz said. “The LGBT community has been bullied, harassed and murdered.” He said that many California cities have allowed the rainbow pride flags to be flown in front of their city halls. He said he was not opposed to a second pole at City Hall but felt that doing so at Dunne Park made the LGBT community “second-class citizens.” He challenged Burns to “make a friendly amendment” to have a second pole installed at City Hall before June. He also said he was disappointed that “one of the people who supported it last year [Spencer] does not support it at this time.”

“If you want to know how this affects the youth, my 10-year-old daughter is watching this meeting, and if her two gay fathers, one who is a city councilman, cannot promote inclusiveness, love and a welcoming community, this is a vote history is going to look back on and they will remember who was on which side,” Resendiz continued. “This will affect the mothers, the fathers of gay people. You cannot turn your back on them.”

Reflecting on June 28, 2020 when the rainbow pride flag was flown for the day, Mayor Ignacio Velazquez said that he remembered all the families who came out for the event.

“They were amazed that our little town was supporting them,” he said, adding that he too thought Burns should ask for a friendly amendment to install another pole before June, and if that were not possible, he wanted the rainbow pride flag to be raised for the month below the POW and American flags.

Velazquez also suggested closing Fourth Street in front of the courthouse so other groups could come out and celebrate and share information.

Perez came back with the question, “When we talk inclusiveness are we saying, ‘everybody except for you?’” He went on to say that if a Christian flag were allowed on the unity pole that could expand to other religions and even Satanism, or social organizations, including Black Lives Matter.

“It’s everybody or nobody,” he said.

Spencer took it one step further. “Then we allow Black Lives Matter. We allow Muslims. We allow satan worshipers. We allow Christians. And we allow—here’s the big one—the Ku Klux Klan, the Confederate flag. There is no way you can say no.” She cautioned that other cities were sued and lost when they denied groups what they wanted.

“There’s no way a KKK or satanist flag is going to be hung up in front of City Hall,” Resendiz responded, and reminded the council that there was very little negative response at last year’s flag raising.

During public comments, Elia Salinas said the flag should be flown at City Hall to show the city is proud to display it. Loretta Avina supported the idea of flying the rainbow pride flag in front of City Hall for the month of June, then suggested the Black Lives Matter flag should be flown in February, and a flag for domestic violence in October.

“We can support something of value for every month to try to appease everyone,” she said. 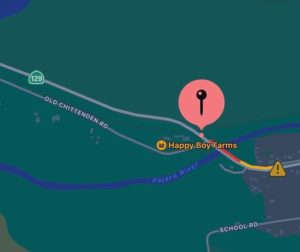