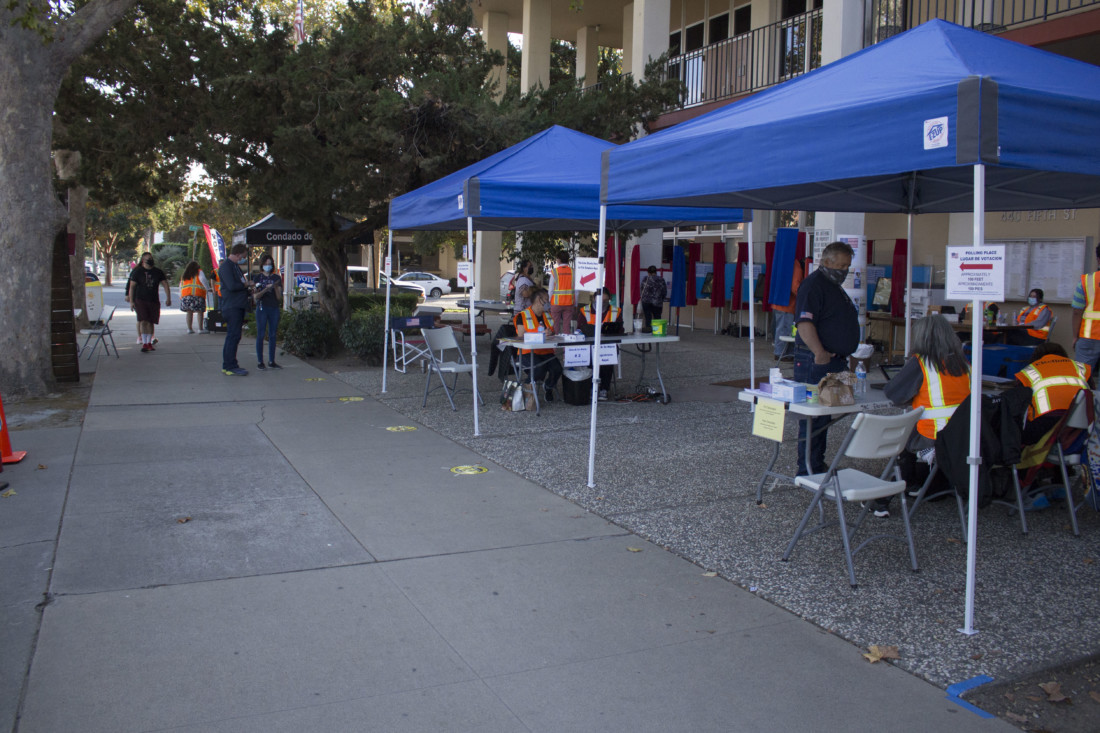 With elections come months-long campaigning, forums, debates and an influx of information on national, state and local issues. Though these tend to stop after election day, California Fair Political Practice Commission (FPPC) investigations into complaints can linger for months and even years after all the votes are cast.

Eight cases in San Benito County remain open as of Nov. 11 on the FPPC’s complaint and case portal. These cases include recent complaints submitted by Hollister Mayor Ignacio Velazquez regarding incomplete or incorrect campaign disclosures by the Committee For Better Government, chaired by Ted Davis, and Mora for Hollister Mayor 2020 on Oct. 28.

Not all FPPC complaints result in investigations, as was the case with a complaint against the Strada Verde project, Velazquez, and a third against the Coalition to Protect San Benito, all filed between August and October. The FPPC complaint portal does not provide much detail.

Wierenga also said the FPPC does not comment on complaints or cases.

One case currently under investigation focuses on robocalls made against Velazquez prior to the Nov. 3 election. He submitted the complaint on Oct. 14, according to the case portal.

Velazquez himself is the subject of a 2019 complaint submitted by the late Hollister councilmember Marty Richman. In that filing, Richman claimed Velazquez has a conflict of interest when he “tried to use his position to influence the decision of the Planning Commission ruling” relating to the Del Curto Brothers Construction and Community Foundation for San Benito County development on the corner of San Benito and Fourth streets, also known as the 400 block.

Velazquez was the subject of a similar complaint in 2016, but the FPPC found no violations.

“The enforcement division found insufficient evidence to establish that Mr. Velazquez attempted to influence decisions of the City Council and City Clerk regarding City Council Resolution 2016-65 concerning development of the ‘400 Block,’” the case closure letter states.

Velazquez isn’t the only local to have filed or been the subject of an FPPC complaint. The FPPC stated in an Oct. 30 letter that it had not found a violation in the case against the group Concerned Citizens of San Benito County, chaired by Frank Barragan, who ran for San Benito County Supervisor District 2 in the March primary election.

The complaint alleged the group had not registered as an elections committee and thus failed to disclose funding activity. Additionally, the complaint cites mailers, social media and a website that bashed the Strada Verde project without disclosing who was behind the content.

Mia Casey and Michael Columbo both filed complaints against Barragan, though the FPPC combined the two into a single complaint.

“After conducting our investigation and review of the matter, we determined that the subject communications were not independent expenditures subject to the requirements of the act,” the Oct. 30 letter states.

Richard Perez, a 2018 candidate for San Benito County Board of Supervisors District 3, is the subject of a complaint alleging that he did not file campaign statements, failed to file late contribution reports and that he used contributions for clothing and other items. The complaint was filed anonymously, according to an Aug. 30, 2018 FPPC letter addressed to Perez, who lost his bid for election in the 2018 primary.

He is currently the president of the San Benito chapter of the League of United Latin American Citizens (LULAC). The organization was not involved in his candidacy.

“They were never part of my campaign or associated in any way,” Perez said.

Former Hollister councilmember Karson Klauer is the subject of a complaint filed by Gary Cameron in August 2017 alleging he had conflict of interests when he voted on Aug. 17, 2017, to decrease the setbacks for cannabis dispensaries resulting in enriching his realty manager and family members.

The complaint alleges Klauer was insistent on a 150-foot setback rather than 600 feet because properties at 807 and 817 Industrial Drive met that criterion. According to the complaint, the Klauer family sold the 817 property to the Valles family, close friends of the Klauers, and the property was ultimately bought by the cannabis company Laylas Landing Inc. for $1.25 million above market value. The second property sold at $490,000 above market value. Nino Real Estate, Klauer’s employer, facilitated the property sales.

“It should be noted that the building located at 817 Industrial is 156 feet away wall to wall from the nearest residence,” the complaint states.

However, Klauer denied any conflict of interest when BenitoLink reported on the complaint in 2018. He is quoted as saying “I also told them why I was against the 600-foot buffer zone because of the churches and the different conditional-use permits that are in the industrial zones that would make it these big areas you couldn’t do anything, even though the zoning was correct.”

The final two pending cases involving Tres Pinos Water District Board member Robert Frusetta and director Edward Schmidt were submitted by John Eade in August 2016. Eade alleges in the complaint that though both Frusetta and Schmidt live within 500 feet of his property, they still participated in a decision to oppose Eade’s 21-unit residential subdivision, a project he proposed in 2013.

Eade also claimed that Schmidt and Frusetta participated in the Planning Commission discussion of his project.

When BenitoLink reported about the complaint, local attorney Christine Breen, speaking on behalf of the Tres Pinos Water District, said, “When you live in a very small community like Tres Pinos, and are in no different of a situation than a significant segment of the public, the 500-foot ban, or presumption of a conflict of interest, does not apply.”