City to send letter to state attorney general for an opinion. 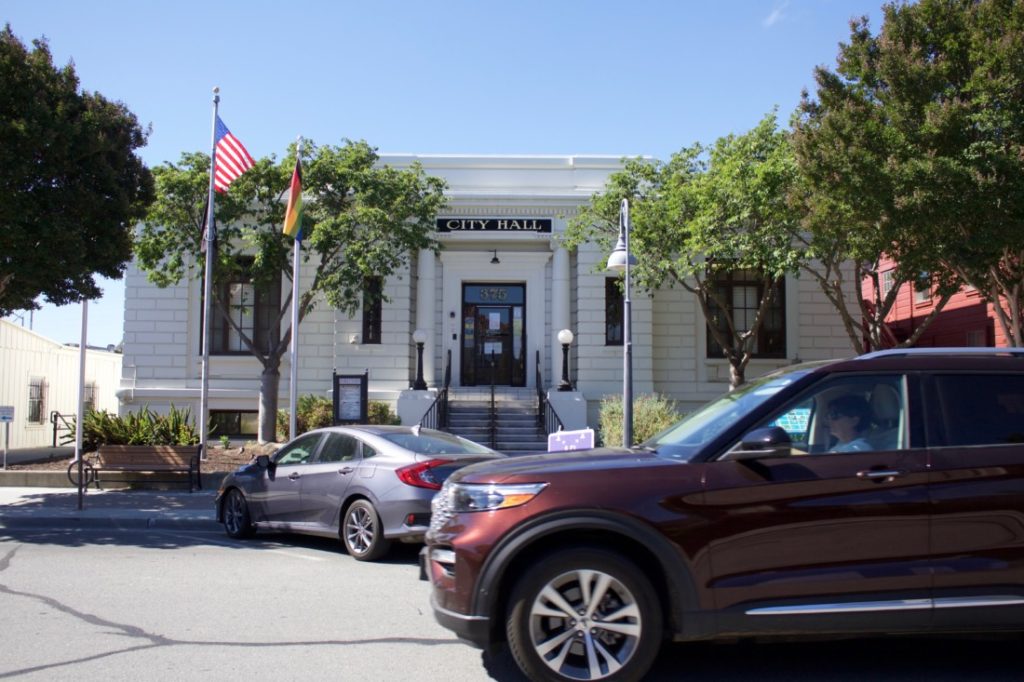 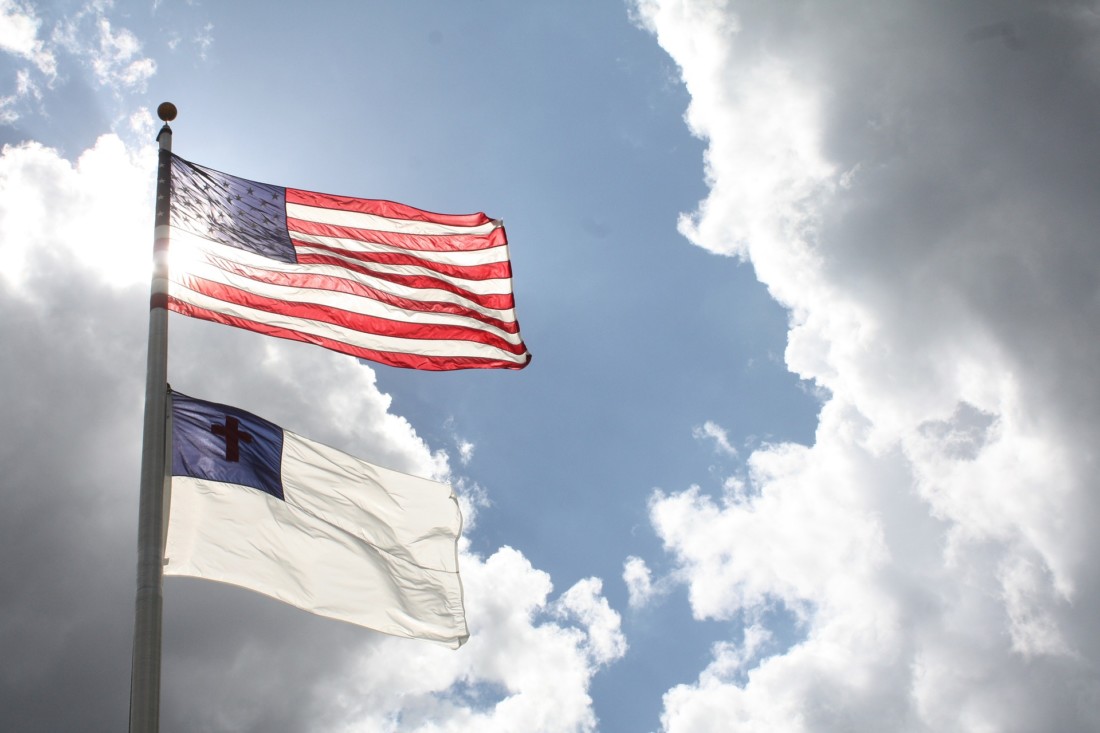 The Christian flag flies under the U.S. flag. Pixabay photo.
×

On April 19 former Hollister Councilwoman Honor Spencer voted against raising the Gay Pride flag in front of City Hall. She predicted that by doing so there would be problems and possible lawsuits filed by those whose flags the council denied. As it turns out, she was right.

During the June 21 council meeting, a resolution to fly the Christian flag in front of City Hall on the “community pole” next April 3–30 met with resistance from Mayor Ignacio Velazquez and Councilman Rolan Resendiz. Both used the term “separation of church and state 101” to bolster their objections.

Resendiz said the Christian flag was discriminatory and accused Councilman Rick Perez, who submitted the application to fly the flag in April 2022 in celebration of Easter, of playing a game of tit-for-tat because the Gay Pride flag has been flown in June.

Perez told Resendiz his desire to fly the Christian flag was about demonstrating that Christians were part of the community and deserved to have their flag flown. When it was suggested that the resolution be brought back at a later date, Perez said he would support the idea only if his request to fly the flag next April was assured.

Meanwhile, Councilman Tim Burns said he supported both sending the letter to Sacramento and affirming that Perez’s request would be honored.

Velazquez said approving the resolution could lead to more issues and “definitely lawsuits from those who want to make sure there’s a separation of church and state” and recommended seeking direction from the attorney general “to see if cities are allowed to fly a flag for any religion.” He said displaying a Christian flag could lead to other flags “that are not cared for.”

A BenitoLink investigation determined there is no law in California against flying any flag on public property.

Burns asked if the council could secure April so there would not be any competing interests and asked Perez if he would be open to a friendly amendment. Perez agreed to go along with the rest of the council, but only as long as he did not lose his spot in April. This was added to the vote.

“I encourage everyone to look at the policy that we put in place,” Perez said. “It says ‘no discrimination.’ Does that mean a Muslim can put up a flag? If that represents a portion of our community, we should put it up. Is everyone going to like it? Probably not. There’s some who don’t like the Pride flag and that’s on them.”

Perez said he would show grace and go along with the council, but he maintained he would not change his stance on flying the Christian flag.

“That pole is a unity pole and if you’re going to tell me because of religion it’s not going to be part of the community, that’s wrong,” he said as he turned and pointed to the American flag behind him and recited the opening to the Pledge of Allegiance. When he came to “one nation under God,” he said, “My God is Jesus Christ, and someone else’s is Mohammed [Allah is the god of Islam, the religion of Muslims; Mohammed is the messenger of Allah]. There’s no reason we shouldn’t be able to put our beliefs up there. And just because we might get sued, we’re not going to do nothing anymore?”

Resendiz said flying the Christian flag would be a violation of the First Amendment and that public funds could not be used to display religious beliefs. He did not acknowledge the fact that over $12,000 of public funds was spent to install two flagpoles in order to accommodate the Gay Pride flag.

“This is discriminatory,” Resendiz said. Perez agreed with him, though he turned the accusation back on the council: “You guys are being very discriminatory.” The mayor interrupted and asked Perez to allow Resendiz to finish his comments.

“I feel like it’s a veiled attack against the LGBTQ+ community,” Resendiz continued. “If we did not have the discussion of the LGBTQ+ flag going on our flagpole, you never, in my opinion, would have wanted a Christian flag up there.”

He accused Perez of treating the LGBTQ+ community as second-class citizens by suggesting displaying the flag in Dunne Park instead of at City Hall. He described the situation as a “tit-for-tat,” and that it was a “bad precedent to go down this route.”

“I don’t want Hollister to be known as the city that raised or didn’t raise a Christian flag,” Resendiz said, “because it’s not something we’re supposed to be doing. Hollister is known for raising the first LGBTQ+ flag in this area, but they’re two separate things. I do take offense and it’s a little bit petty and embarrassing that we’re having this conversation.”

When Perez tried to explain why he wanted the LGBTQ+ flag flown at Dunne Park, Velazquez told him there was no need to “rehash” the topic. Perez continued, though, explaining his decision was based on the cost of having city employees close streets. The mayor tried again to contain Perez, who responded that Velazquez allowed Resendiz to comment about him and he wanted to respond.

“You don’t know who I am,” Perez told Resendiz. “This is not tit-for-tat. I want to be like everyone else and be able to have a little festival and look at the flag and say ‘that represents me and this community.’ It’s not sexual orientation. It’s part of our belief system.”

COMMUNITY OPINION: On the LGBTQ flag and the actual meaning of tolerance

John Chadwell is a BenitoLink reporter and an author. He has many years experience as a freelance photojournalist, copywriter, ghostwriter, scriptwriter and novelist. He is a former U.S. Navy Combat Photojournalist and is an award-winning writer who has worked for magazine, newspapers, radio and television. He has a BA in Journalism and Mass Communications from Chapman University and underwent graduate studies at USC Cinema School. John has worked as a script doctor and his own script, God's Club, was released as a motion picture in 2016. He has also written eight novels, ranging from science fiction to true crime that are sold on Amazon. To contact John Chadwell, send an email to: johnchadwell[email protected]