County Health and Human Services Director: ‘We need to work hard to send this message and answer questions as diligently as we can and keep the health care system functioning.’ 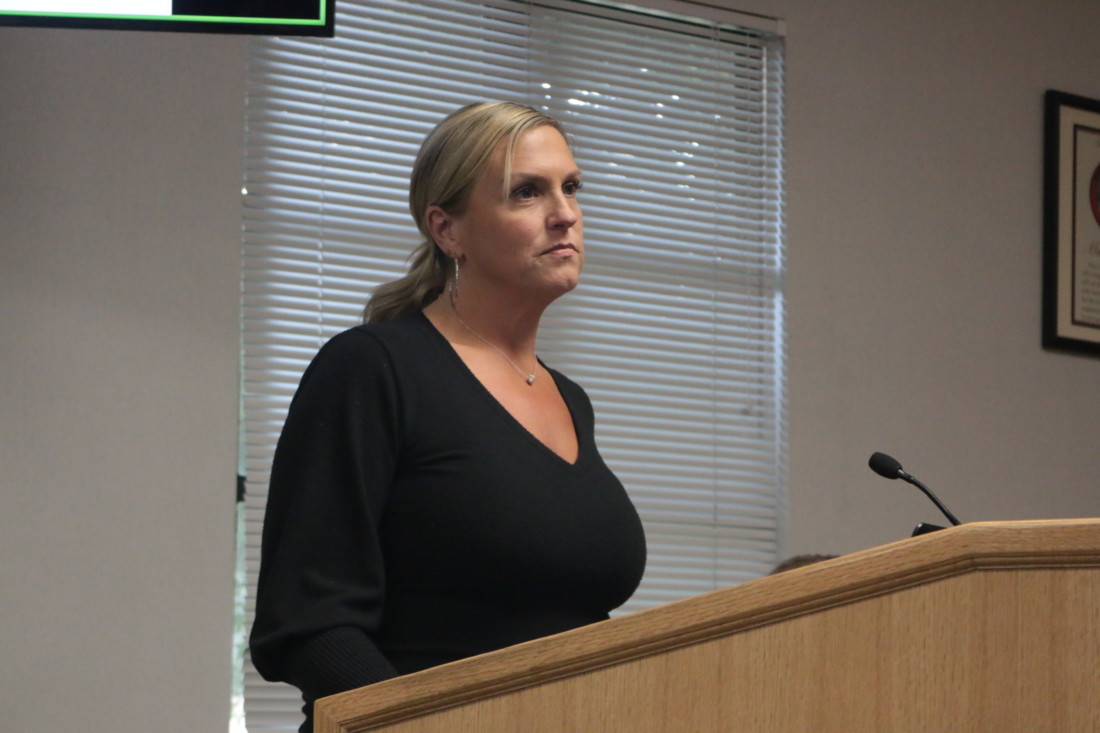 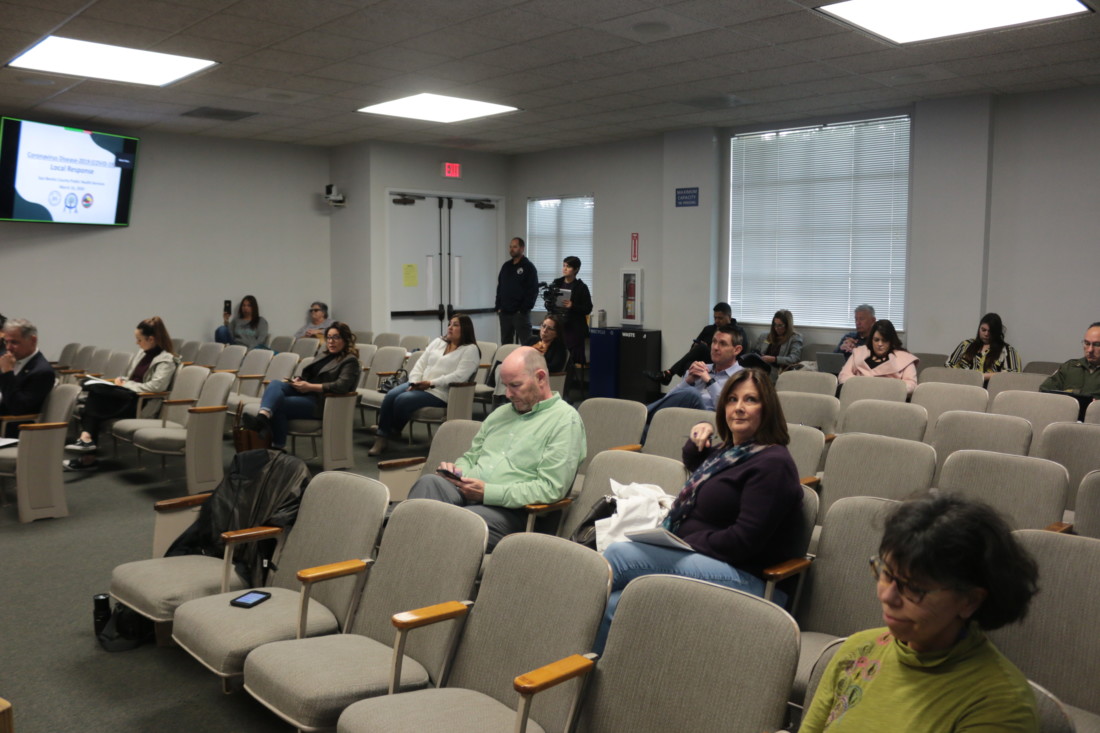 Because of social distancing, the meeting was open to no more than 20 people. 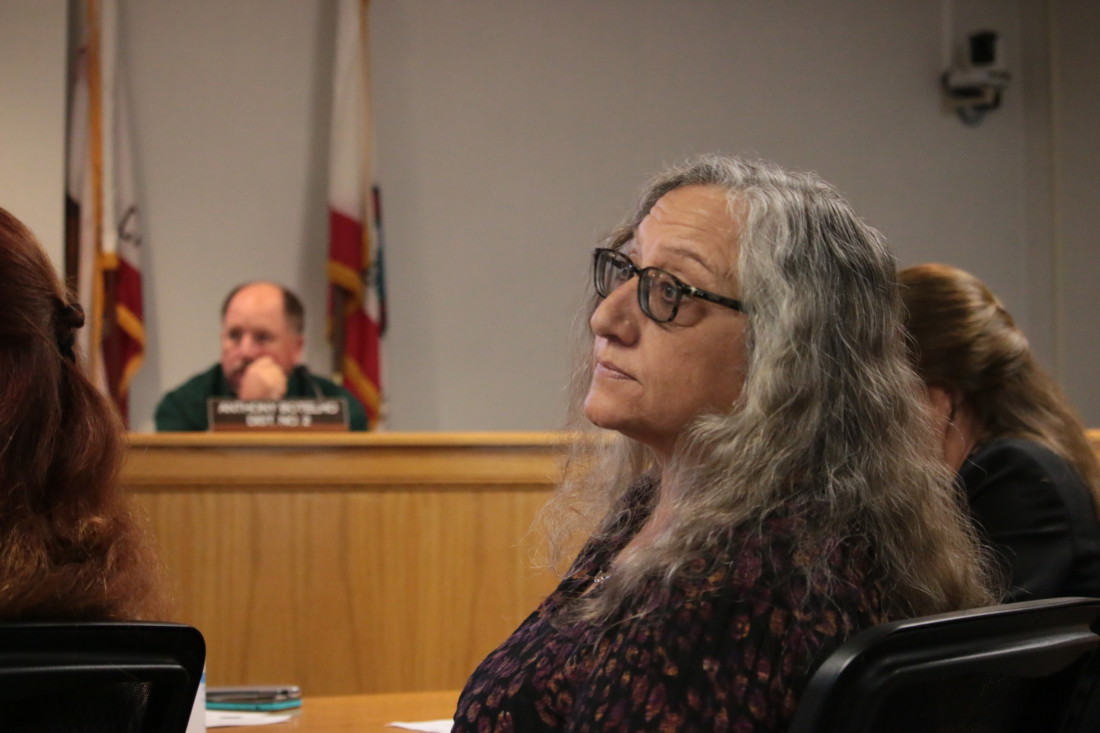 At a joint teleconference between multiple San Benito County agencies on March 16, the main takeaway was a need for consistent, unified public messaging on the novel coronavirus (COVID-19) pandemic. It was the first meeting that fell under Gov. Gavin Newsom’s March 12 executive order to suspend certain Brown Act and Bagley-Keene Act provisions governing public meetings.

“We don’t have all the answers, but we know one thing: we all need to work together, and not work against each other,” Belton said, “because it just makes our jobs harder. We have been working diligently to ensure our community is safe and healthy.”

Belton emphasized how important it is going forward to have one voice for the entire county.

“We have different messages being sent out by different people,” she said. “I understand people are in a crisis, they’re not sure and they’re panicking. We’re trying to minimize that. We as leaders in this community need to work hard to send this message and answer questions as diligently as we can and keep the health care system functioning.”

As of March 16, there is currently only one active case of COVID-19 in San Benito County, Belton said, adding that the infected individual is not very symptomatic and is doing well.

According to Belton, the single positive case in the county was a chaperone for a school field trip involving students from Gavilan Hills and the Dual Language Academy. She said “they were all advised to self-monitor,” and added that “their period of isolation ends on Wednesday. So far, we haven’t heard of anybody who is symptomatic.”

At present, there are sufficient COVID-19 test kits in San Benito County, Belton said. Because numerous entities both in and out of the county are testing for COVID-19, Belton said that makes it difficult to track how many people have been tested. She said current numbers are available on the Health and Human Services Agency webpage.

It’s important for everyone to practice social distancing—keeping a minimum of six feet between individuals—Dr. Bogey said. He said if there are too many cases too fast, Hazel Hawkins Memorial Hospital will be overwhelmed and have to shut down.

“All of these measures we’re putting in place, treating people, telling people to stay home, is all to help flatten the curve to make sure this thing doesn’t explode in our county and we end up with a number of deaths that were unnecessary,” Bogey said. “So far, we’re doing well.”

Hollister Councilwoman Carol Lenoir asked Bogey if the hospital would consider calling in retired physicians and nurses as a possible resource if there was a spike in cases. He said everything is on the table and that the rules are off the table in order to deal with a possible surge. He said they would consider reaching out to retired health care professionals, but admitted no one knew if doing so would help.

Dr. Ariel Hurtado, president of the Hazel Hawkins Board of Directors, spoke about the availability of ventilators and beds at the hospital, as well as what needs to happen if the hospital moves from the “identification phase to the treatment phase.”

The hospital currently has six ventilators and possibly a few extra emergency ventilators if needed that can be modified to treat anywhere from two to four patients simultaneously, Bogey said.

The skilled nursing patients who moved into the hospital after the Mabie Northside Skilled Nursing Facility flooded last December will return to the facility on March 19. The move will open between 15 and 25 beds at the hospital, according to Ken Underwood, interim CEO at Hazel Hawkins.

Hazel Hawkins has been seeking certification as a Critical Access Hospital in order to bring in an additional $3 million from Medicare. Part of that process is to reduce the number of beds from 45 to no more than 25, which it has done.

The beds will be needed, Bogey said, because it is no longer an option to transfer patients out of the county to the Bay Area, as happened in February when two residents tested positive for COVID-19.

“We worked hard and found a place for them to go, which took a lot of effort,” he said. “In today’s world, we’re not going to be able to transfer anybody. We’re going to be caring for these patients.”

He also said, “I think we’re going to see the real sick patients coming in the next month or two. We have taken protective measures, so when people are on ventilators there’s a HEPA filter, so we’re not risking health care providers.”

Hollister Councilman Marty Richman, who called in from his hospital bed at Salinas Valley Memorial Hospital, asked if Hazel Hawkins had set up emergency tents to deal with people coming there to be tested. Bogey told him there were already three tents at the hospital.

“We’ve also done drive-thru testing for patients that meet the current requirements for testing,” Bogey said. “We’ve been doing this for about a week and a half, so we’re a head of the game. Our county is on the cutting edge.”

As the meeting concluded, county supervisors (along with SBC Sheriff Captain Eric Taylor) met in closed session to discuss concerns, including aspects of a potential shelter in place order, how it would be enforced, and the potential economic impact on the business community.