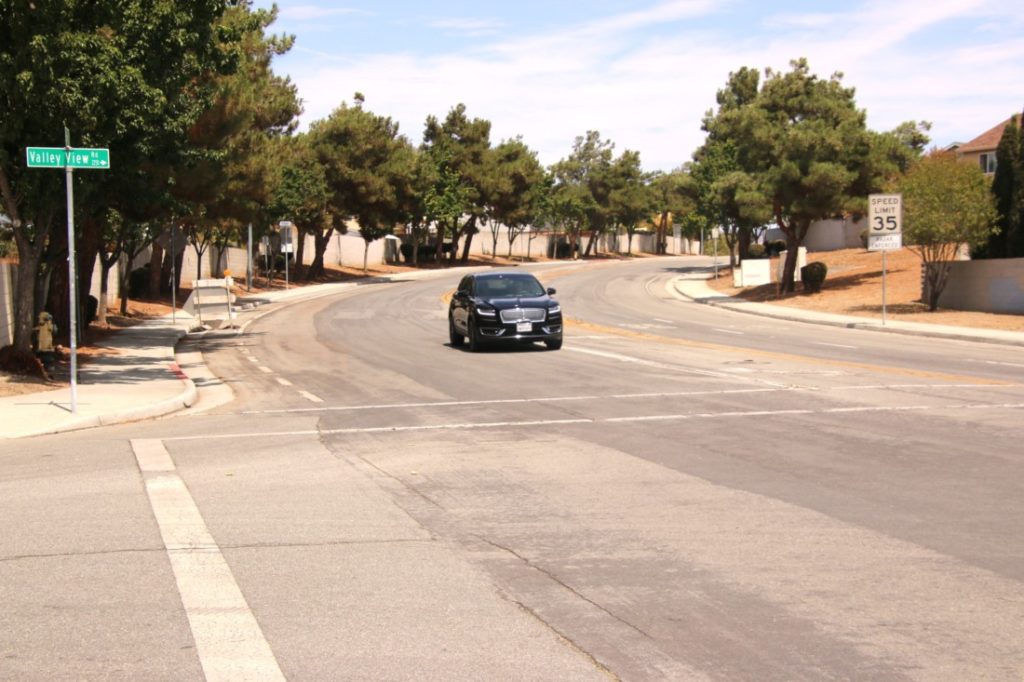 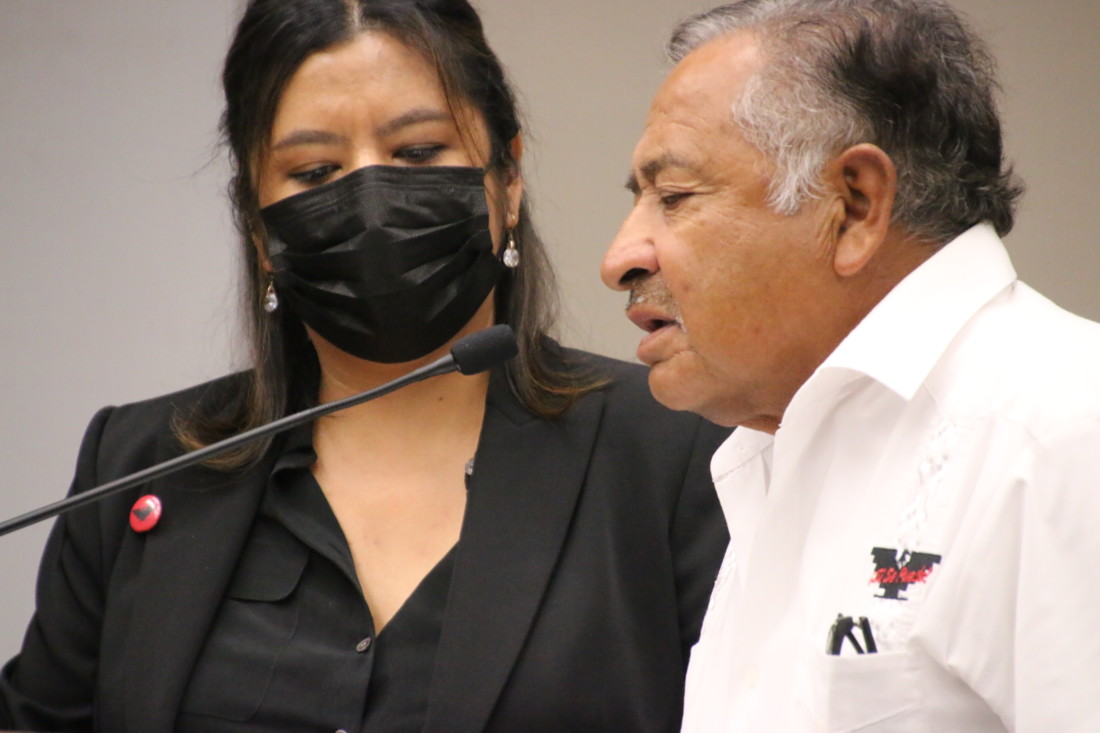 Jose Lezama spoke about how he came to know Cesar Chavez and became one of his captains. Photo by John Chadwell. 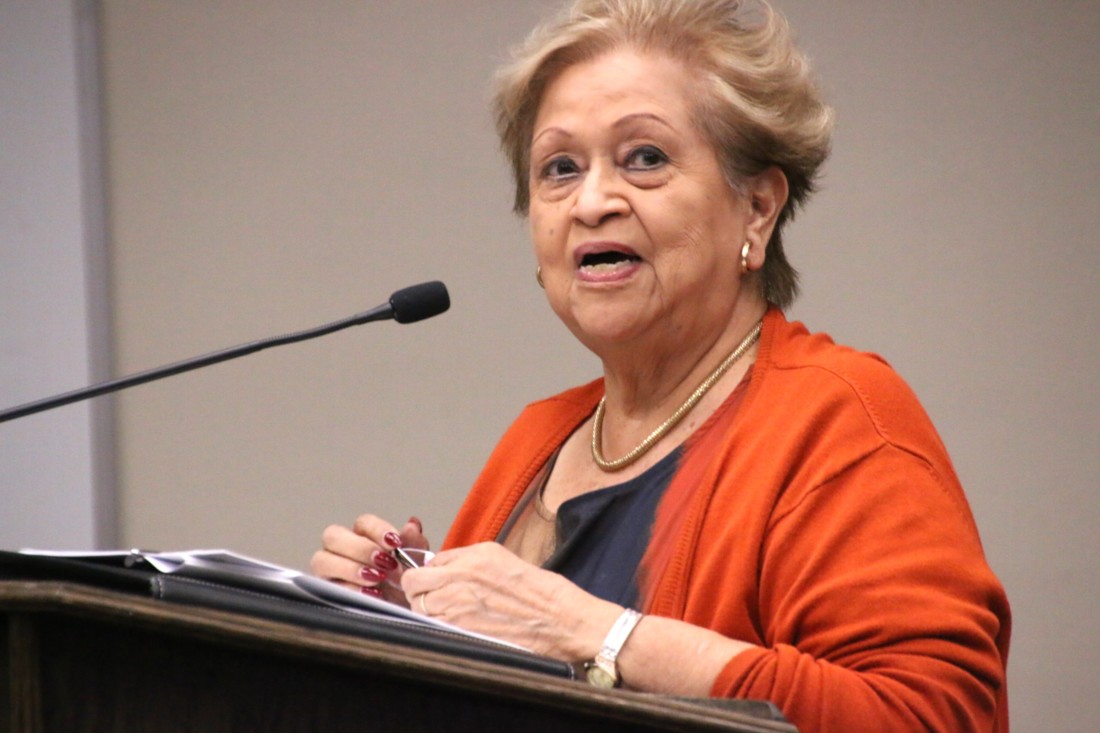 Mickie Luna told how her family and the Chavez family knew one another. Photo by John Chadwell. 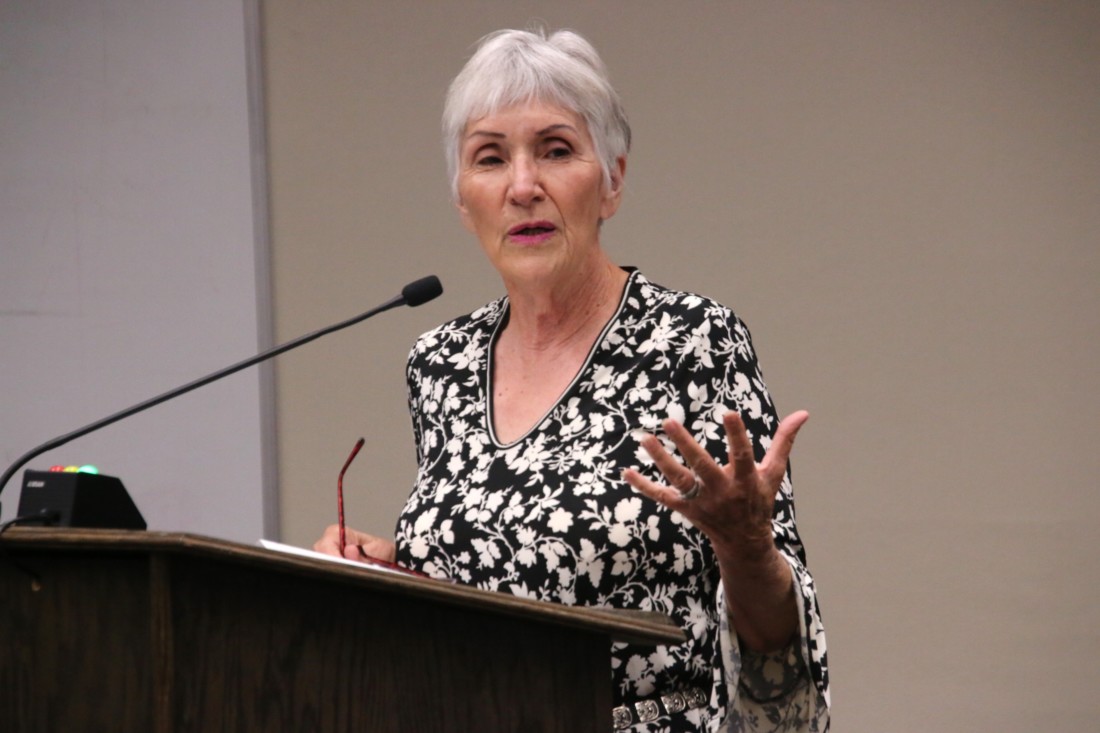 Linda Lampe said if it weren't for the UFW and LULAC she would not be able to serve meals to more than 800 families every week. Photo by John Chadwell. 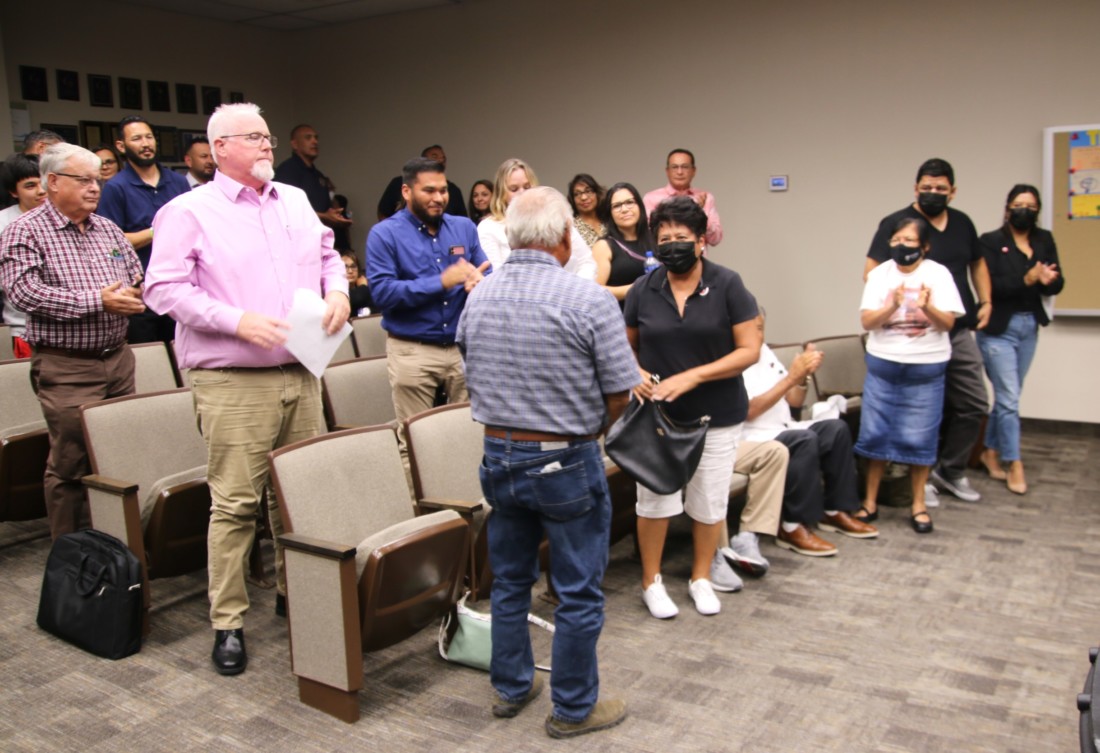 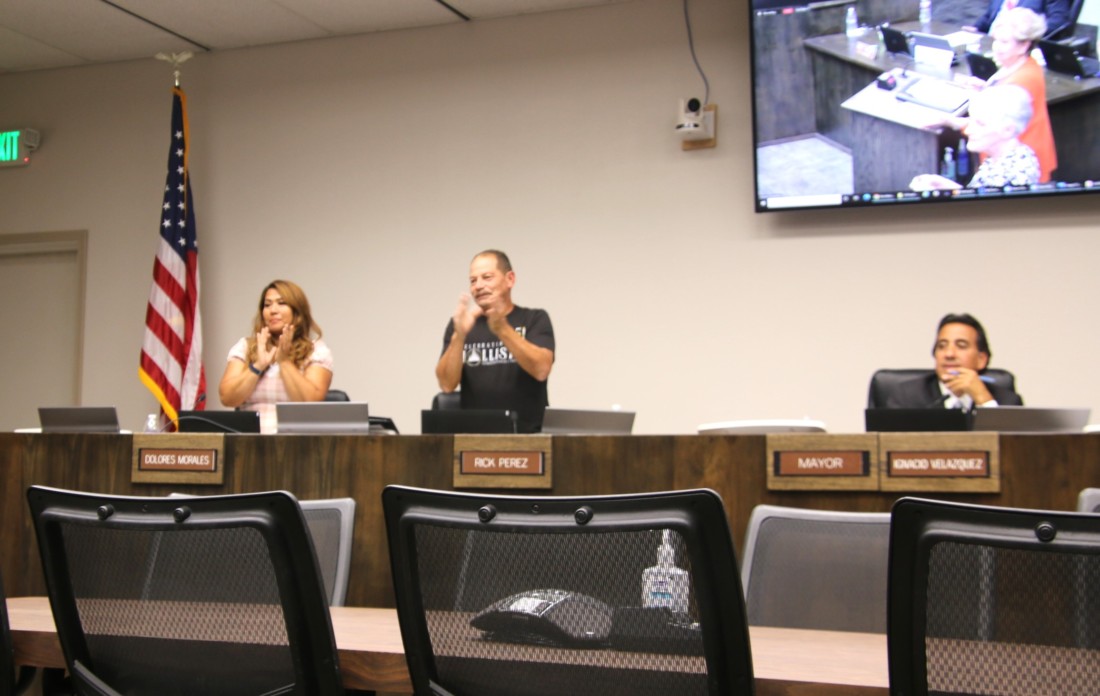 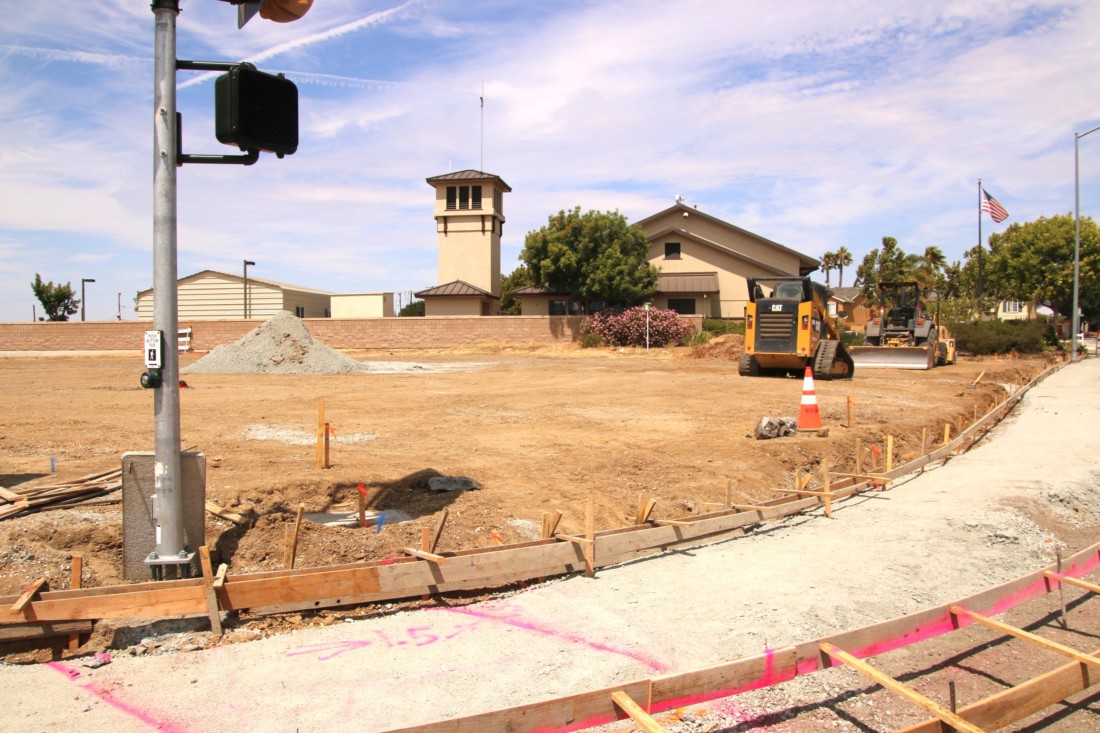 The Hollister City Council voted Aug. 1 to authorize changing the name of a portion of Union Road between Airline Highway/Hwy 25 and Fairview Road to Cesar Chavez Way. The road will be dedicated Aug. 13, said Brett Miller, city manager.

According to the Cesar Chavez Foundation: “Cesar Chavez was a civil rights, Latino and farm labor leader; a genuinely religious and spiritual figure; a community organizer and social entrepreneur; a champion of militant nonviolent social change; and a crusader for the environment and consumer rights.”

Councilman Rick Perez’s only concern about the change was that it would not affect residents’ home addresses. He was assured there were no homes that would require a change of street name. Councilman Tim Burns recommended that at a future council meeting a resolution be considered to name a park now under construction next to the Hollister Fire Station #2 after Chavez.

Many of those in the filled-to-capacity chambers were there to celebrate the name change. One audience member who spoke was Jose Carmen Lezama, who described his relationship with Chavez as his daughter Veronica Lezama translated for him. He told the council that he was 16 when he traveled from Mexico to Hollister in 1966 and began working in the fields.

“I suffered a lot of injustices at work and the manager would not do anything about it,” he said. “At that time, I asked myself ‘isn’t there a person who could help and fight these injustices?’”

Lezama said one of his friends told him about Chavez, who was organizing workers in Salinas. He soon joined United Farm Workers (UFW) and became a picket line captain at the July 9, 1981, strike at Bertuccio Farms. In 1997, Paul Bertuccio died and Bertuccio Farms ceased as a business. Lezama said he owed a lot to not only Chavez, but to the Chavez family for their dedication to farmworkers.

“We were on strike for a year and the union provided our family of six $25 a week, so just imagine the struggle we overcame at that time,” he said, adding that the workers never succeeded in obtaining a contract with Bertuccio Farms, however, he said the working conditions improved.

Linda Lampe, executive director of Hollister Community Outreach and My Father’s House, thanked the Chavez family and Mickie Solorio Luna, former Hollister city councilwoman and a founding member of League of United Latin American Citizens (LULAC) Council 2890, for asking her to speak. She said having grown up on a farm in Tennessee she knew how hard the work is.

“When I hear the struggles my friends went through it makes me love and admire them,” she said. “These wonderful people help us at Hollister Community Outreach every week when our food angels go out. We’re serving over 800 families a week. If it wasn’t for United Farm Workers and LULAC we would not be able to do that. They’re the ones who open the doors and introduce us and brought about a level of trust in us to go out and serve them.”

Lampe told the audience that there are presently 31 streets and roads around the country named after Chavez.

“I’m proud that Hollister will have the 32nd street in the nation named after him,” she said.

Luna recounted how her family and the Chavez family were linked. She remembered when Chavez came to Hollister, he stayed with the Jose Luna family. She said Jose became one of Chavez’s captains and later the Villa Luna Apartments on Hillcrest Road were named after him for the work he did in the county with Chavez.

She told BenitoLink, “While organizing Bertuccio Farms on Airline Highway, he [Chavez] was arrested [along with Lezama] for apparently trespassing and not dispersing a crowd of workers who wanted to unionize. He was taken to the San Benito County jail and was well taken care of by then Sheriff Julian Medina who could see the crowd of farmworkers and media forming across the street in front of Fremont School.”

She continued during the meeting, “Seeing Union Road become Cesar Chavez Way is something that should be applauded. Everything works out and I’m so glad to let you know that Cesar Chavez’s daughter [Sylvia Chavez Delgado] is with me here tonight. And not only is she here, but she is also a resident of Hollister. Thank you on behalf of the Chavez family, the Luna family, and the United Farm Workers of America.”

The entire audience, along with Councilmembers Dolores Morales and Rick Perez, stood to applaud the two families.