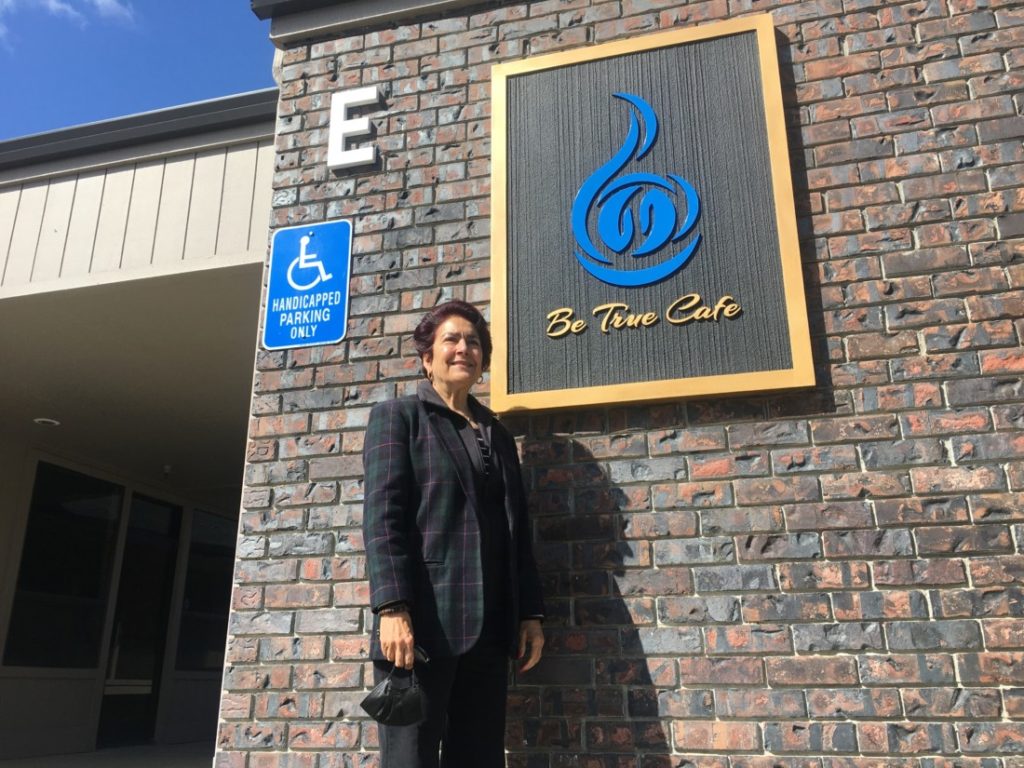 State Senator Anna Caballero outside Be True Café in Hollister on March 20. She praised the owners for participating in the Great Plates Delivered program. Photo by Andrew Pearson.
×

BenitoLink spoke with Caballero outside Be True Cafe in Hollister on topics including Senate Bill 87 and the COVID-19 vaccine rollout in the 12th District.

“I started working on trying to get money into the pockets of small businesses,” said Caballero, the author and sponsor of SB 87. Her efforts resulted in a tax credit in late 2020, which did not satisfy her relief goal. “Many of these businesses are not making any money, so the tax credit—although a great thing—was not going to do what we needed.”

In collaboration with state Senator Andreas Borgeas of Fresno, Caballero wrote SB 87, which she said had 63 additional co-authors from both political parties and chambers of the Legislature. The bill added $2.1 billion to the $500 million Golden State Stimulus fund set up last year. Caballero said that fund “was very effective, but it was way over-subscribed” and needed more money.

Businesses with gross revenue of less than $2.5 million can apply for up to $25,000 in aid, and hard-hit licensed establishments—from hair salons to bars and restaurants—can also apply to cancel some of their licensing fees. $500 million in funding is set aside for nonprofit organizations. Borgeas has also lobbied Gov. Gavin Newsom to exempt the grants from taxation.

The bill focuses relief on minority-, veteran-, or women-owned businesses, Caballero said. “Rural California has been disproportionately impacted, because we have a lot of essential workers and farmworkers.”

Applications for funds are available at the state’s website. The state is working with GoBiz’s subsidiary company Lendustry to disburse the relief money.

Regarding the slow vaccine rollout in San Benito County, Caballero laid responsibility on the previous federal administration, the California Public Health Department, and an investigation into unauthorized vaccinations.

“We didn’t order enough vaccines from the get-go,” when the state requested them early in the distribution period, she said. The state health department then decided to pass out the allotted vaccines based on the number of healthcare workers in each county, which left San Benito a vaccine desert since most doctors and nurses work at large urban hospitals in neighboring counties.

At the local level, the county also spent January investigating allegations of unauthorized vaccinations by the San Benito Health Foundation. The county ultimately found that the claims were substantiated.

Caballero, who called the situation a “hiccup,” said the health foundation “created some community concern about who they were vaccinating.”

She said that under pressure from herself and other rural district senators, Newsom began to designate vaccines for essential workers a few weeks ago. Along with employees of grocery stores and the San Benito Foods tomato cannery, essential workers now include agricultural workers.

“We’re getting more and more of the new vaccines,” Caballero said. “The Johnson & Johnson has been terrific, because it’s one shot and you’re done. I feel confident we’re gonna get everybody vaccinated that wants to be vaccinated, by the beginning of May or the end of May.”

Caballero said she expects all agricultural workers in the county to be vaccinated within a month, in the middle of planting season.