Hollister City Council expected to discuss postponing in May. 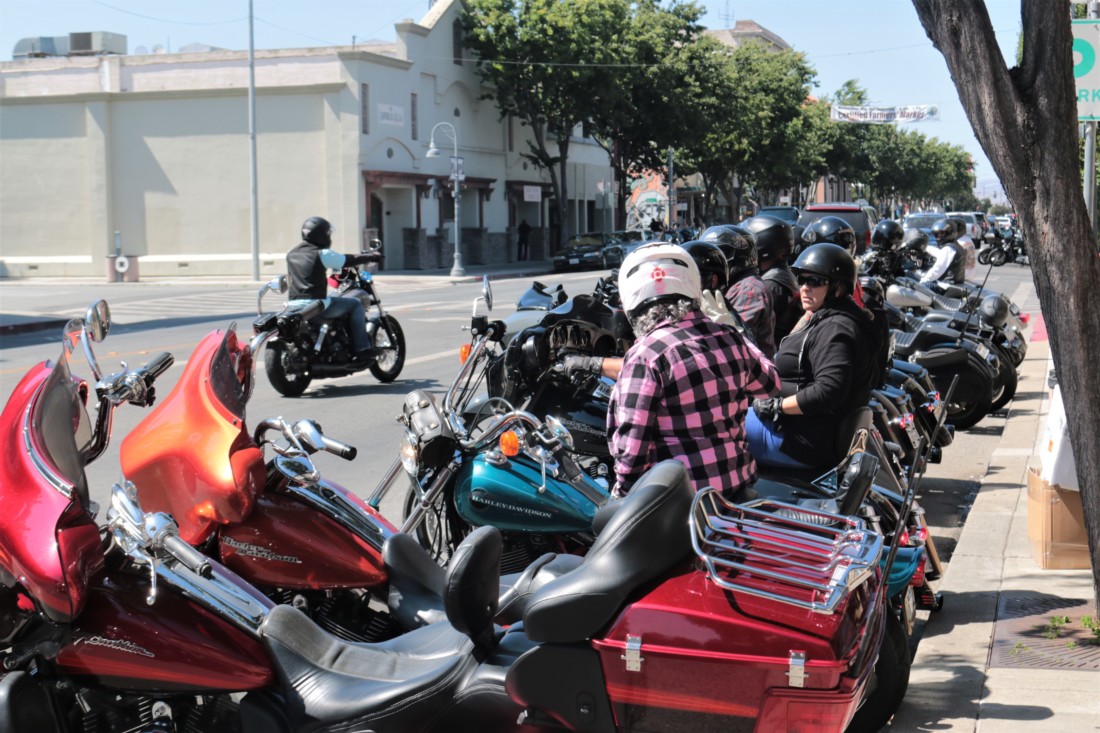 The Hollister City Council is expected to discuss the future of the 2020 motorcycle rally in early May. File photo by John Chadwell.
×

With statewide shelter-in-place orders still in effect, the future of this year’s Hollister Independence Rally is up in the air. The Hollister City Council is expected to discuss it at an upcoming meeting in May, even as the promoter continues to work under a five-year contract approved Oct. 21.

Randy Burke, president of Reno-based Roadshows Inc., told BenitoLink on April 23 he’s been working every day, and that as far as he was concerned the rally was still scheduled for July.

Hollister Mayor Ignacio Velazquez said he and Burke have been in talks about the rally. He said Burke asked that no decision to cancel the rally because of the coronavirus shelter-in-place order be made before May.

“It’s not officially cancelled, as of yet,” Velazquez said, “because we’re trying to keep it alive and we already had it scheduled for [council discussion in] early May.”

The rally has had a rocky history over the years because of concerns over costs, workers’ comp insurance, security and a revolving door of promoters. The on-again-off-again rally celebrates the 1947 town invasion by the Boozefighters motorcycle club, the inspiration for the 1953 film “The Wild One” starring Marlon Brando. The first official rally happened in 1997, 50 years after the original invasion.

On occasions when the official rally did not come to fruition, others have stepped up to organize unofficial or “rebel rallies” on the outskirts of town.

Corbin said it was too soon to make a decision on whether to hold a similar unofficial rally this year. “Corbin will wait a little longer to make plans,” he said.

Councilman Rolan Resendiz said he has always been “a huge supporter of the rally” and continues to be an advocate.

“It’s part of our history, our identity, and it does so much good for our community’s economic development,” Resendiz said. “I have not spoken to Randy Burke about it, but I would imagine, given the circumstances, it’s looking like it might not move forward.”

Resendiz said that council members were elected “first and foremost” to represent the people’s interests, and that it didn’t sound like it would be in their best interest to have a rally this year.

“Having said that, I’m interested in having a conversation with Mr. Burke to see what we can do to ensure we maintain a good relationship with him and we continue to celebrate our traditions in Hollister,” he said.

Councilwoman Carol Lenoir, who did not support the five-year contract, said a clause in the contract stated, “either party can cancel the event.”

“Marty Richman [who passed away March 19] and I were the no votes due to liability concerns,” Lenoir said. “I am not sure how I would go officially on this, but I do feel it could give downtown a great boost in the hospitality area. If social distancing is required, it would be difficult if not impossible. Whether I voted for it or not, I still feel for Mr. Burke.”

Councilwoman Honor Spencer did not respond to request for comment.