It enables Velazquez to operate more like the mayors of larger cities. 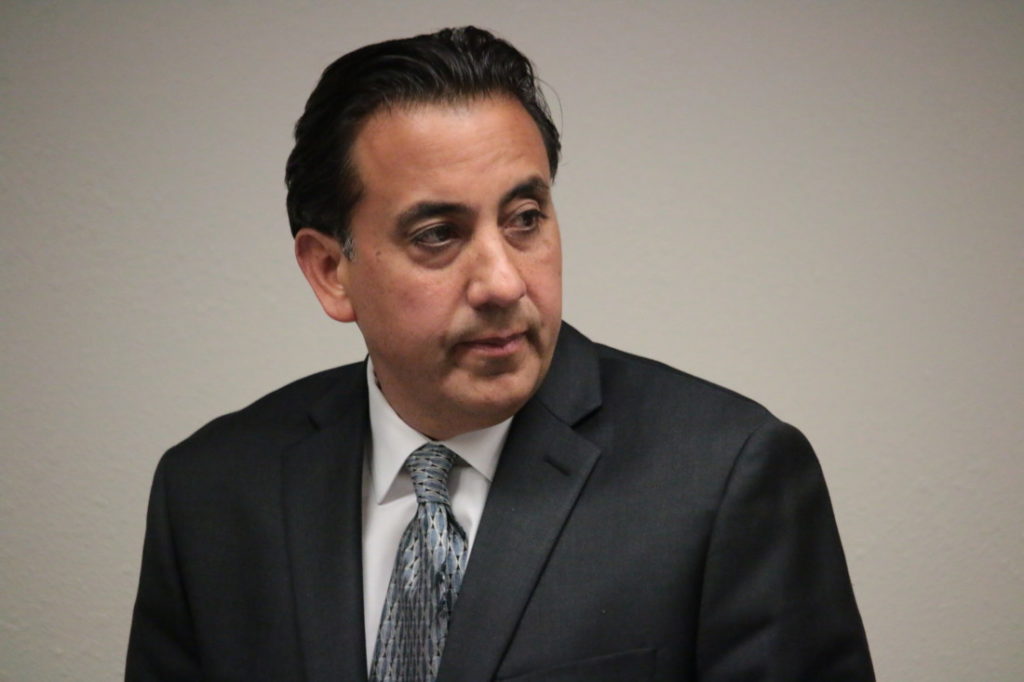 An overhaul of a Hollister ordinance that took effect June 30 could impinge on freedom of expression and potentially land City Council members or members of the public in jail, according to some observers.

The ordinance, which was previously scrapped and rewritten on May 3, gives the present and future mayors of Hollister more power to run the city as a chief executive officer—similar to mayors in larger California cities, rather than just as one member of a council.

“I think we should have left the mayor in a rotating position (among council members),” said former city councilwoman Carol Lenoir, who worries that current Mayor Ignacio Velazquez has taken power from the City Council through the new ordinance. “We used to have harmony on the council. What happened? What’s the common denominator here? Think about it.”

Hollister attorney Christine Breen said the ordinance is similar to those of other California cities, but that the local one leaves unclear which type of conduct might prompt the city’s sergeant-at-arms, at the mayor’s behest, to oust someone from the meetings if their comments are too harsh.

“The section defines some conduct, but I find it vague and largely subjective,” Breen told BenitoLink. “What is a ‘personal, impertinent or slanderous’ comment? This focuses on the content of the speech, rather than the conduct of the speaker.

“The new ordinance would be difficult to enforce consistently, and prone to the whims of the ‘presiding officer’ who seeks to invoke it,” she said.

In order to maintain order and decorum, the mayor can then order the sergeant-at-arms to arrest and even jail not only members of the public who might disrupt the meeting, but a fellow council member, as well, if they do not obey the mayor’s orders. And because of the ordinance’s vague language, any disruption is solely defined by the presiding officer.

This section of the city code is backed by the power of state law, section 36901: “The city legislative body may impose fines, penalties, and forfeitures for violations of ordinances. It may fix the penalty by fine or imprisonment, or both. A fine shall not exceed one thousand dollars ($1,000). Imprisonment shall not exceed six months.”

Velazquez commented recently on Facebook in connection with a previous article about the ordinance, saying, “If we were a charter city instead of a general law city, I would be able to participate more in the daily operations of the city.”

Velazquez told BenitoLink on June 28 that he has been in favor of Hollister becoming a charter city but past City Council members did not support him.

“Right now, the city manager [Brett Miller] and I work really well together,” he said. “I’ve always believed you run through a mayor, city manager, and City Council. I’m more for a strong mayor form because it’s important that you have the structure.”

Velazquez has always considered himself a strong mayor. Over the years he has acted as one, separating himself from the council as he threatened to sue the city to get his way, particularly concerning the long battle over the 400 block which impacted the Vault property that he owns, former city manager Bill Avera said.

While Hollister is a general law city, Councilman Tim Burns said he supports it becoming a charter city similar to nearby Gilroy, Monterey and Marina.

Gilroy’s model is that of a council-administrator-driven city, in which the seven-member council, including the mayor, have a right to vote on all questions coming before the council. The mayor does not have any more authority than any other member of the council.

Marina is a city-manager run city. Each member of the council can work one-on-one with the administration, but none can give orders to the city manager except in council meetings.

In a strong mayor city, Burns said it would take a supermajority, or more than half of the council votes, in order to defeat a mayor’s rulings.

With Lenoir, Honor Spencer and Marty Richman on the council, the supermajority was nearly always against the mayor because they consistently voted as a block, especially on matters of growth. Now, because there is an empty seat on the council after Spencer left, and Velazquez and Resendiz have consistently voted together on most issues, the possibility of a supermajority is pretty much moot, which could be seen as a strong argument for filling Spencer’s seat sooner than later.

For years, Velazquez has attempted to prevent pre-zoning developments in the city. Resendiz has become his constant ally to stop these development from moving forward, whereas Spencer, Richman and Lenoir supported developments and challenged Velazquez and Resendiz’s assertions that the state had no legitimate right to tell the city to void its growth management plan within 30 days in August 2020 because of the building caps it imposed.

On Jan. 28, Abraham Prado, of the city’s planning department, told BenitoLink the city could not implement the growth management ordinance. Since Richman’s death in March 2020, the council has been deadlocked on pre-zoning votes. Even so, the developments were only stalled, not stopped, because the developers had met all state and federal environmental requirements.

“I believe strongly in a code of ethics and conduct,” he said. “Hopefully, council members, other elected and appointed officials and members of the public will behave in a respectful manner and respect the process whether they agree with the opinions and decisions made.

But disruptive and disrespectful behavior is not only open to interpretation, but has gone both ways where the City Council and the public are concerned.

Resendiz has insulted residents Elia Salinas, Irma Gonzalez, Mia Casey on Facebook and in chambers on numerous occasions for their public criticism of him. He called Salinas a lobbyist and a cockroach, saying they were one and the same. He was censured on Jan. 21 at Spencer’s urging, accusing him of uttering a “gender-based slur” and for suggesting there was a sexual and promiscuous relationship between herself, and councilmembers Richman and Lenoir, but there were no apparent consequences to him. In return, Resendiz and Velazquez tried to have Spencer and Richman censured, but the move failed because of their united front with Lenoir.