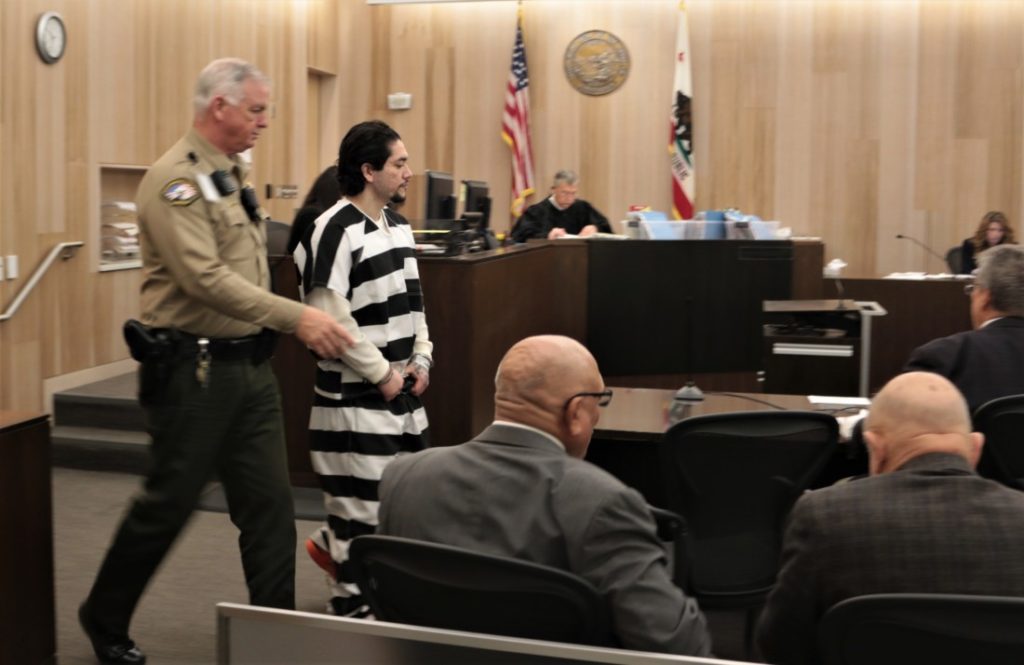 Jose Antonio Barajas' demeanor changed from glum to smiling after his defense attorney Gregory LaForge was replaced due to a conflict of interest. Photos by John Chadwell. 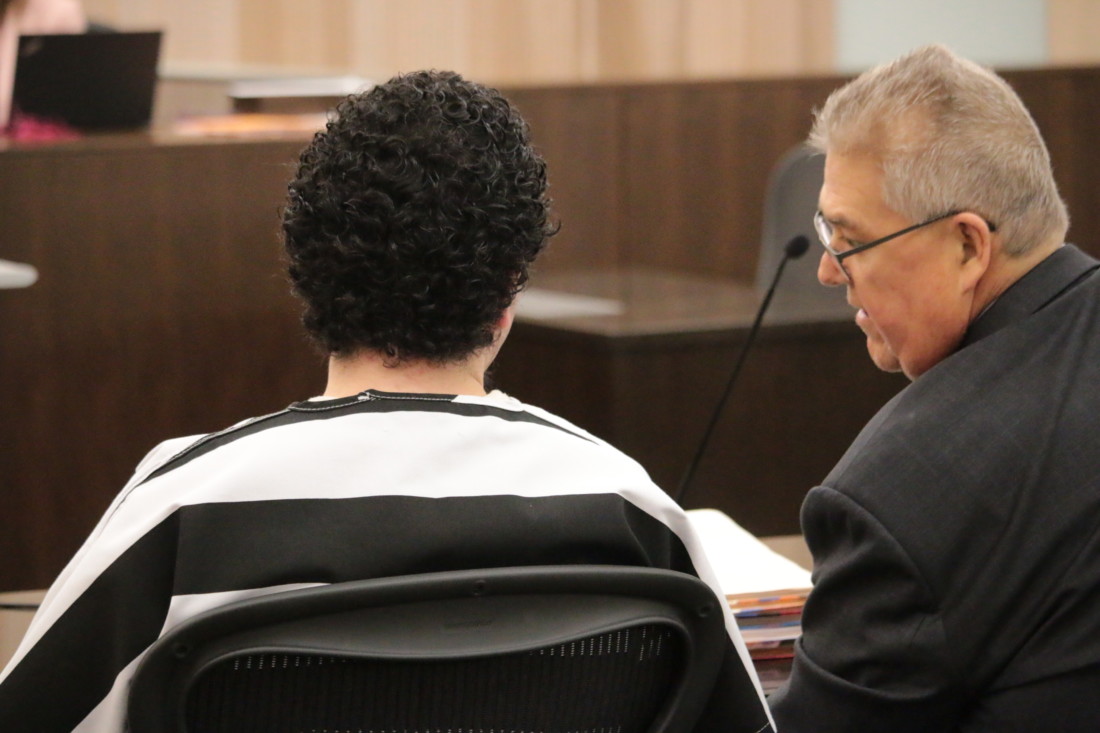 After representing Barajas for close to two years, LaForge suddenly announced he had a conflict of interest because he represents a "material witness for the defense." 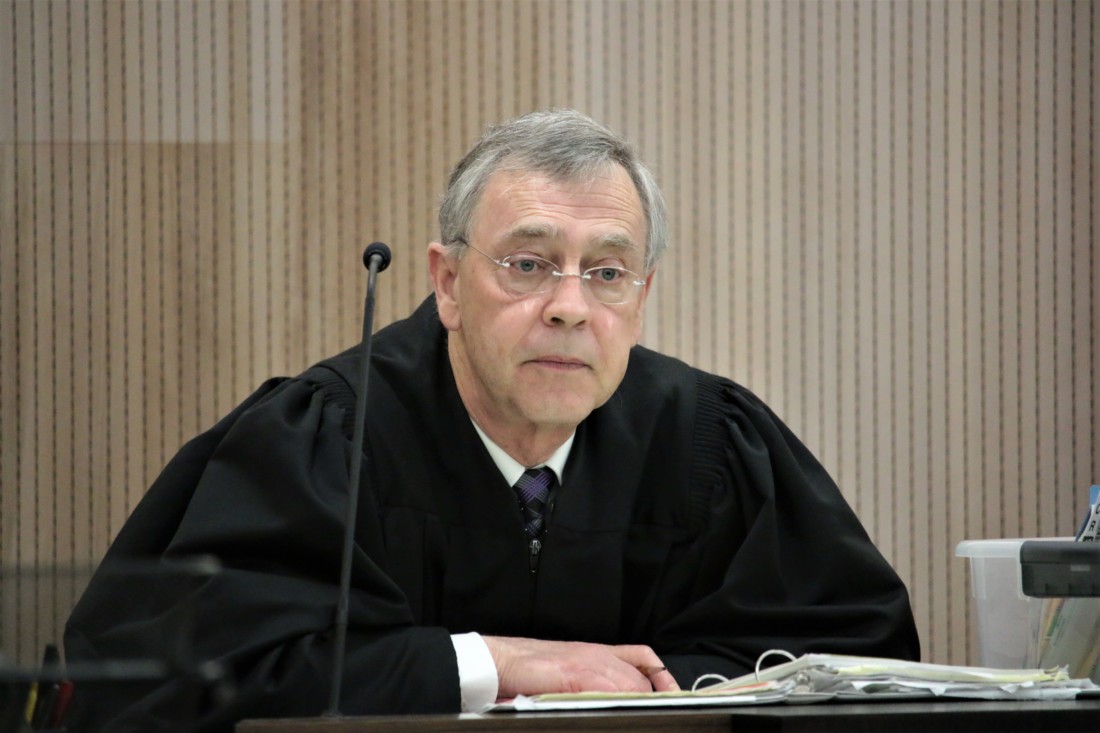 The murder trial for Jose Antonio Barajas is delayed by two weeks after the revelation that his court-appointed attorney Gregory LaForge has a conflict of interest related to the case.

At the Jan. 9 hearing, San Benito County Superior Court Judge Steven Sanders vacated the trial date of Jan. 27 and replaced LaForge with public defender Harry Damkar. Damkar immediately asked for a two-week delay, which Sanders approved after confirming LaForge’s conflict related to his representation of a “material witness for the defense.”

LaForge spoke to BenitoLink about the conflict of interest after the hearing, but did not elaborate when pressed further.

“I represent a material party for the DA, as well as the defense,” he said. “This was discovered after the preliminary hearing [in December].”

District Attorney Candice Hooper also had little to say regarding the conflict of interest.

“He represented a potential witness,” Hooper said, and referred BenitoLink back to LaForge for any further explanation.

At the hearing, Sanders asked Damkar if he had any conflict with the case; Damkar said it did not appear that he did. Sanders said he wanted to keep the proceedings “on a rapid track because of the delays,” and set the trial setting and pre-trial conference hearings for Jan. 23.

Barajas, 25, entered the courtroom with a brooding look on his face and left a few minutes later grinning (see video). It was the first time he has shown any emotion in the nearly two years of proceedings leading up to his trial for first-degree murder. Barajas appeared pleased by what transpired in those few minutes.

He is accused of shooting and killing 19-year-old Ariana Zendejas in August 2014. He fled the U.S. after the shooting, and was located and extradited from Mexico on July 12, 2018. He has been held without bail in the San Benito County Jail since his capture. He pleaded not guilty on July 16, 2018.

Sanders appointed LaForge as Barajas’ public defender on July 19, 2018, when the defendant was charged with seven felony counts including murder, two kidnappings, three assaults with a firearm, discharge of a firearm, firing into a vehicle, as well as a number of traffic violations. During a later hearing, LaForge said Barajas was only shooting at the tires of the car in which Zendejas was riding in the back seat.