Accused of murdering 18-year-old Ariana Zendejas in 2014, Jose Barajas was appointed a public defender and will return to court July 26 to continue his arraignment. 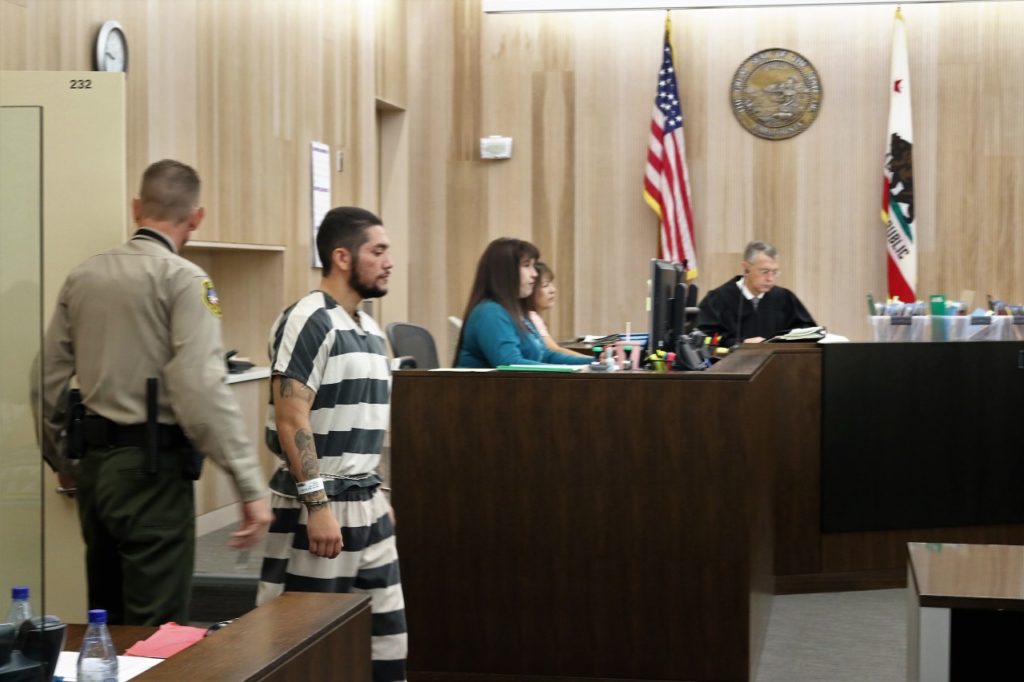 Jose Antonio Barajas told Judge Steven Sanders he could not afford an attorney. He is being held without bail. Photos by John Chadwell. Jose Antonio Barajas, 24, appeared again before San Benito County Superior Court Judge Steven Sanders  Thursday, July 19 at 9:30 a.m. in a continuance of his arraignment in connection to the Aug. 1, 2014 kidnapping and murder of 18-year-old Ariana Zendejas.

At his first arraignment on July 16, Barajas told Judge Sanders he was trying to secure a lawyer. At the second arraignment on Thursday, he said he could not afford an attorney.

To determine if he qualified to have a public defender appointed, Sanders asked Barajas if he either had a job, had at least $5,000 in the bank, or if he was married. When Barajas answered no to all the questions, the judge asked him how he could purchase food for himself. This caught Barajas by surprise and after Sanders repeated the question, Barajas answered, “I didn’t know.” Sanders then asked him if he was getting support and food from friends or relatives, to which Barajas said he was.

The judge then appointed local attorney Gregory LaForge as Barajas’ public defender. LaForge, currently a candidate for Superior Court Judge Number 2 in the upcoming November election, told the judge he had just met Barajas earlier that morning in the court’s holding cell.

When District Attorney Candice Hooper stepped over to the defendant’s table and handed LaForge discovery materials and informed Judge Sanders of what she was doing, the judge asked LaForge if he would be ready to continue the arraignment July 26 at 9 a.m. LaForge agreed on the date.

Barajas will continue to be held at the San Benito County Jail without bail. He is being charged with seven felony counts, including murder, two kidnappings, three assaults with a firearm, discharge of a firearm, firing into a vehicle, as well as a number of traffic violations.

Barajas had been a fugitive since the Aug. 1, 2014 murder of Ariana Zendejas. He was captured July 12, 2018 in Mexico, extradited, and brought to San Jose International Airport, where he was turned over to San Benito County law enforcement.