Larry Avira believes he is on the road to recovery from addiction and homelessness. He’s looking for permanent housing and a new job. 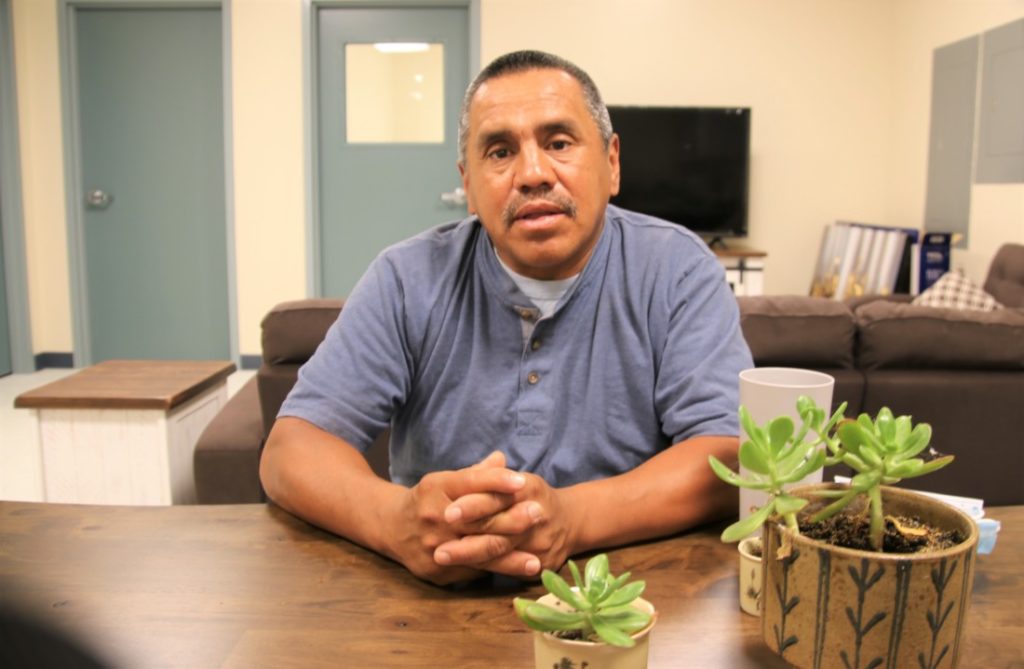 Larry Avira said he hopes to recover from his addiction, find permanent housing and get a job at Amazon. Photo by John Chadwell. 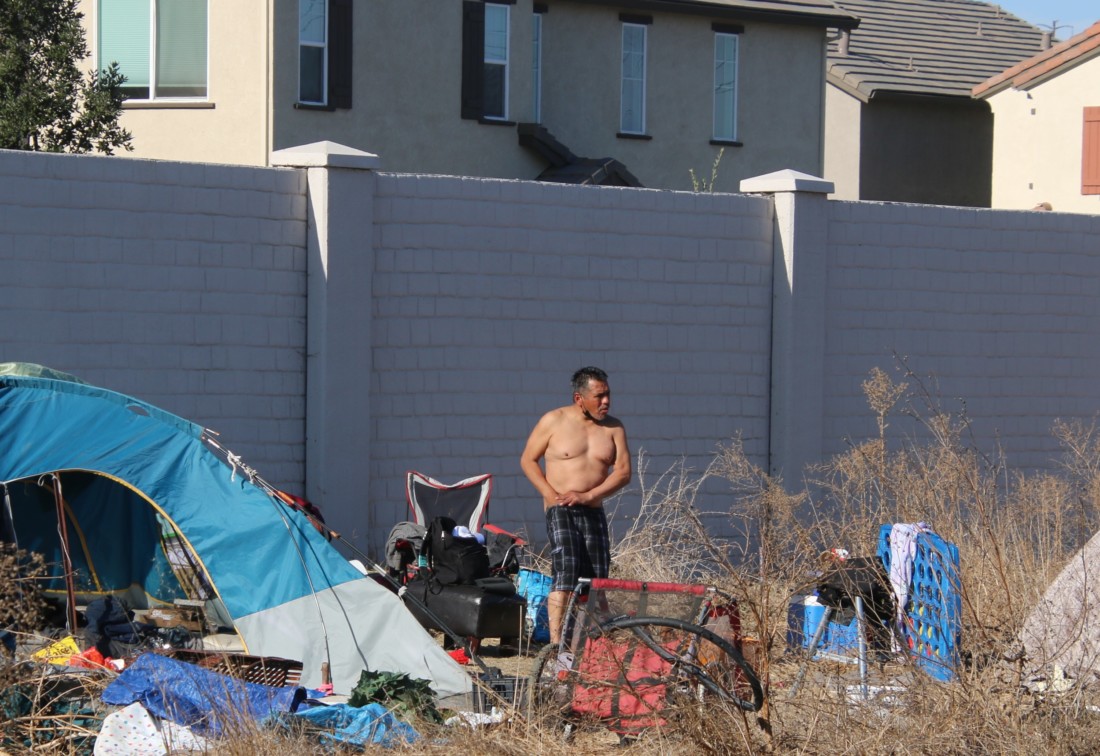 By December 2020, Larry Avira had lost his job, his family, been to prison and been on the streets for seven years. Photo by John Chadwell. 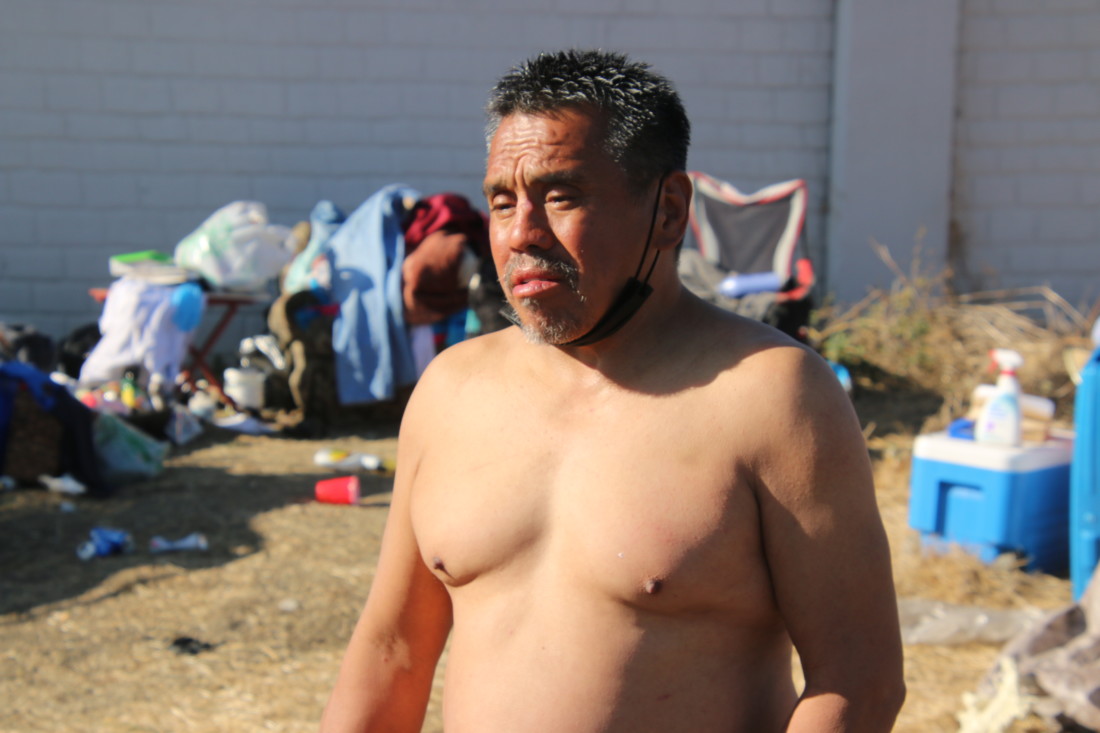 Larry Avira said he hit rock bottom when his father told him he would die if he didn't get sober and off the streets. Photo by John Chadwell. 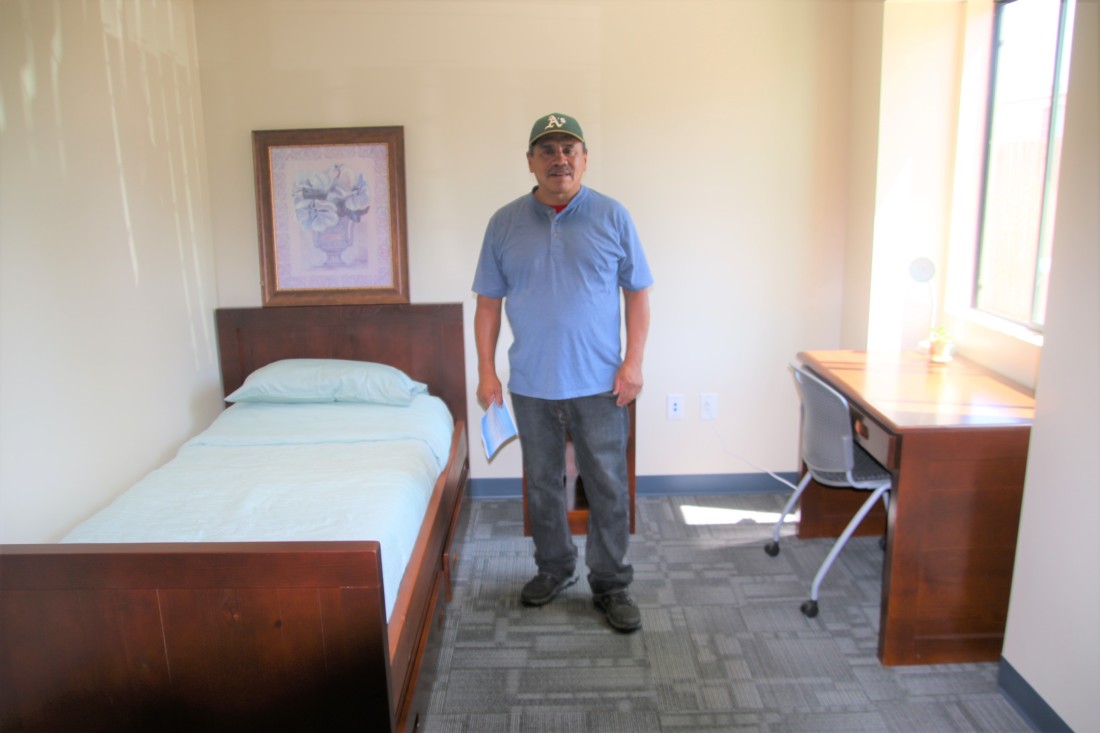 Larry Avira in his new "crib" as he calls his room at the transition facility. Photo by John Chadwell. 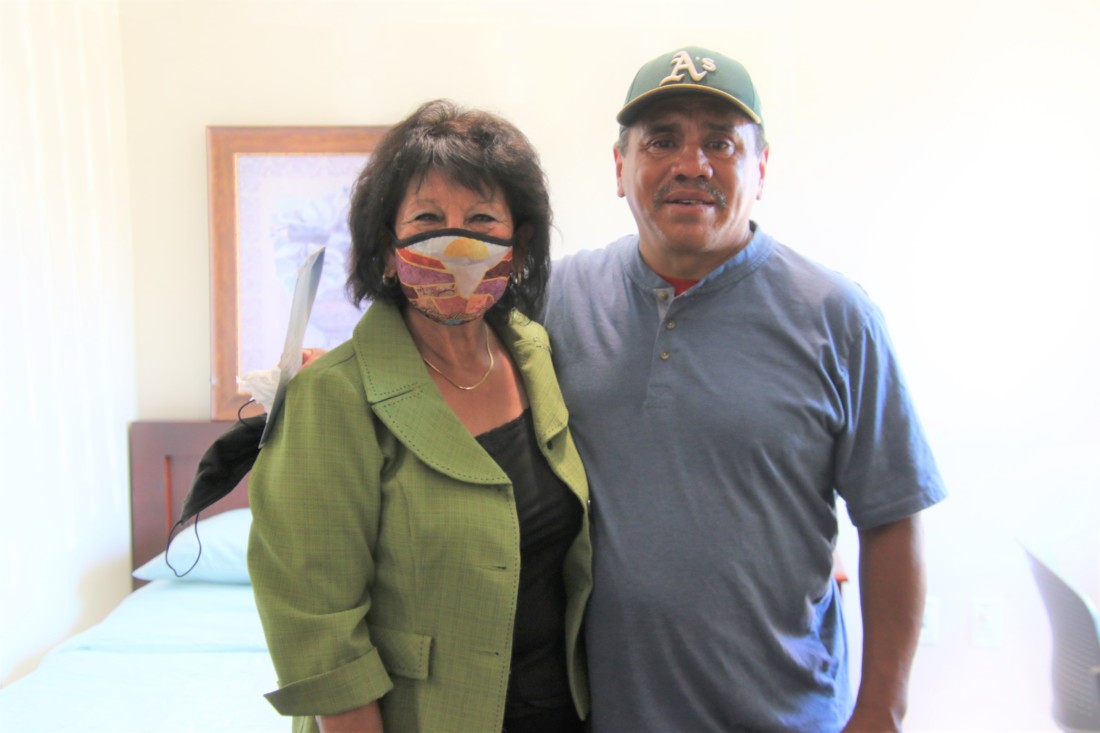 Larry Avira met former Supervisor Margie Barrios on the day of the ribbon cutting for the facility he now lives in. Photo by John Chadwell.
×

Just last December, Larry Avira, 58, stumbled in a daze alongside a massive wall on the north side of Hollister that separated him from new homeowners on the other side. The homeowners had told BenitoLink they feared the homeless on the other side of the wall who were encamped along the nearby railroad tracks.

Today, the San Jose native and one-time construction worker lives in transition housing as he attempts to bring back a sense of normalcy to life.

But back in December, Larry meandered through piles of trash, broken bikes and torn tents. He shuffled, rather than walked, over weeds and dirt because of his caved-in shoes with no laces. He wore no shirt and had to hold up his oversized shorts with both hands because he had no belt. He owned nothing else.

He told his story, punctuated with tears about 20 years of working and alcoholism that eventually cost him his livelihood, his wife, two daughters and a son. He spent a couple years in Soledad Prison, he said for nonpayment of family support. But he said those years in prison were happy times because he sobered up and got to play baseball. After prison, though, he was again homeless and for the last seven years he has roamed the streets of San Jose and Hollister constantly fearful, often beaten by others who were homeless.

Shortly after he appeared in a January BenitoLink story where he told of his many years of alcoholism, staying in hidden places at night and ending up in prison, his life slowly began to take a turn for the better. It started when a woman in town named Barbara read the story and sent it to his father in San Jose, where Larry graduated high school in 1981. Larry said his father warned that if he didn’t straighten himself out, he would die before his father did.

Larry said after that warning he was determined to sober up and get off the streets.

But there were setbacks.

He returned to the homeless shelter in February, but by April he was out again because of his daily drinking. He didn’t return to the railroad tracks this time but wandered downtown, sleeping in alleys or between buildings. He ate from trash cans, or he would come by the shelter occasionally for a meal. He said the most embarrassing thing about living on the streets was simply finding someplace to go to the bathroom. He struggled to come back to the shelter in May and has been there since then. The shelter has zero tolerance for substance abuse and he was kicked out in 2020 for drinking.

“I just got tired of being out there and being assaulted,” he said. “People in Hollister kept telling me to go back to the shelter.”

He said he had finally hit rock bottom.

“The only way I can describe rock bottom is it’s ugly and I wouldn’t wish it on anybody,” he said. “I prayed to God, and He guided me back.”

BenitoLink met up again with Larry on July 22 at the newly opened Community Based Transitional Housing facility located behind the homeless shelter at 1161 San Felipe Road. He lives in one of the six spartan rooms that contain a single bed, a dresser, desk and chair, and rather lavish bathrooms.

Each resident qualified by writing down their goals, paying a $250 deposit and coming up with monthly rent of 30% of any subsistence payments.

Larry has been working closely with the facility’s coordinator, Fernando Galindo, to determine how to find a job and permanent housing. He said Galindo understands what he has been going through because he was addicted and homeless.

Larry said part of the recovery process was staying away from his comfort zone—drinking and other homeless people. He regularly attends Alcoholic Anonymous meetings and occasionally goes to church. He said Barbara would sometimes let him do yard work around her house.

COVID-19 may have helped in Larry’s recovery, because the shelter adapted strict controls, said Christina Soto, program manager at Community Homeless Solutions, which manages the shelter and transition units.

“That may have helped Larry because he couldn’t hang out all day with his friends,” she said. “Larry has shown us he is ready for that step, through his behavior over the last two months. One of the rules we enforce on those who live here is if they’re not working or going to school or taking classes, they have to volunteer somewhere to get them started on a routine.”

Larry told BenitoLink he will begin working three days a week at a food bank next door to the shelter. With the help of Galindo, who also mentors him, Larry is hoping to find full-time employment at the Amazon distribution facility that is opening in San Benito County in September.

Larry also said he hopes his father will come visit him and that he hopes to get back in touch with his three adult children, two of whom live in San Jose and one in Virginia.

Homelessness has a face

The wall between home ownership and homelessness