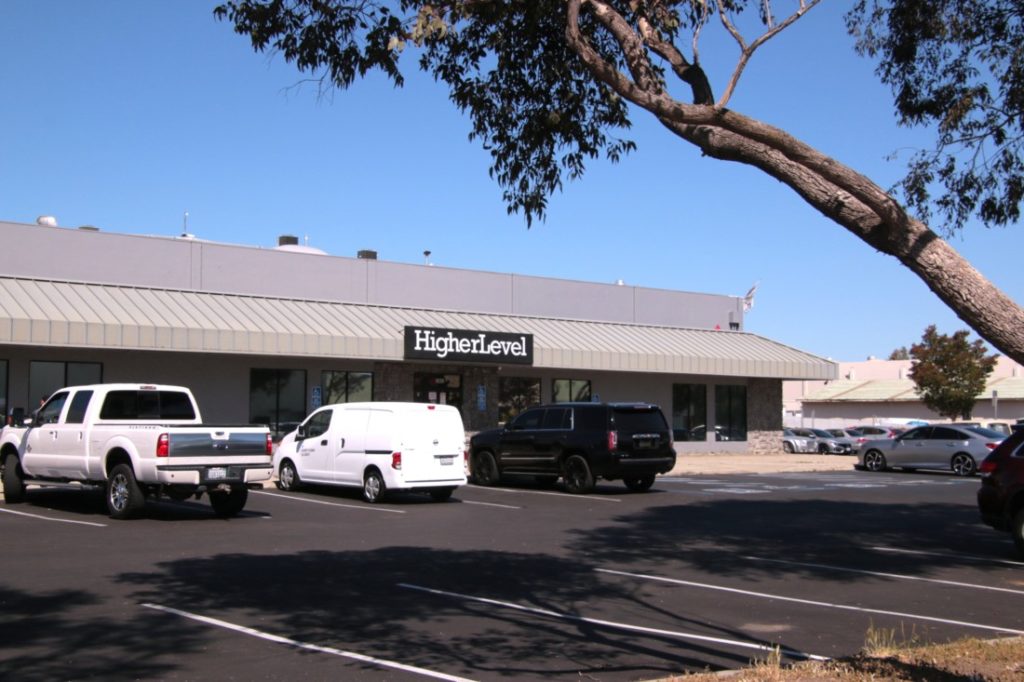 Three years after opening, Higher Level of Care pays the city over $500k in fees annually. Photo by John Chadwell. 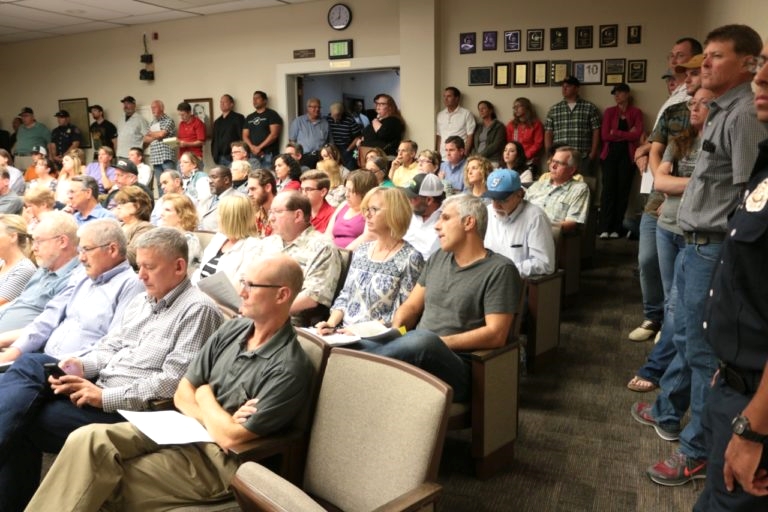 In 2016 hundreds of opponents to bringing cannabis into the county voice their objections to Hollister City Council. Photo by John Chadwell. 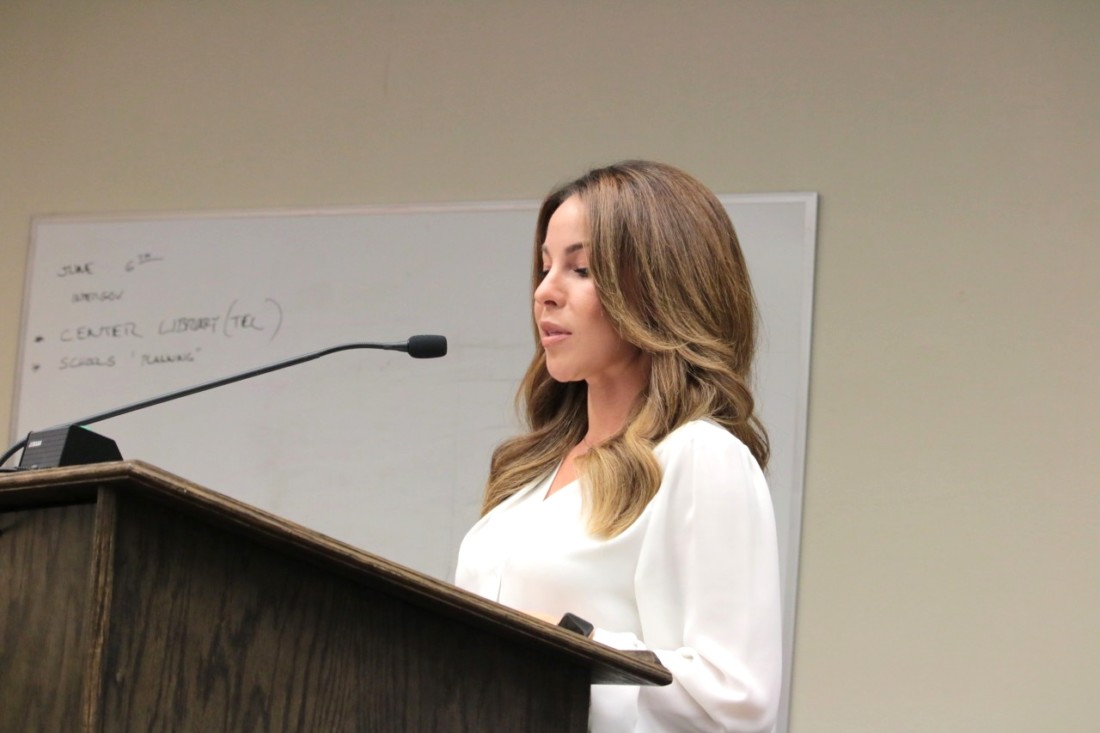 Maria Mendez is the only full-time Hollister staff member who is paid from cannabis revenues. Photo by John Chadwell. 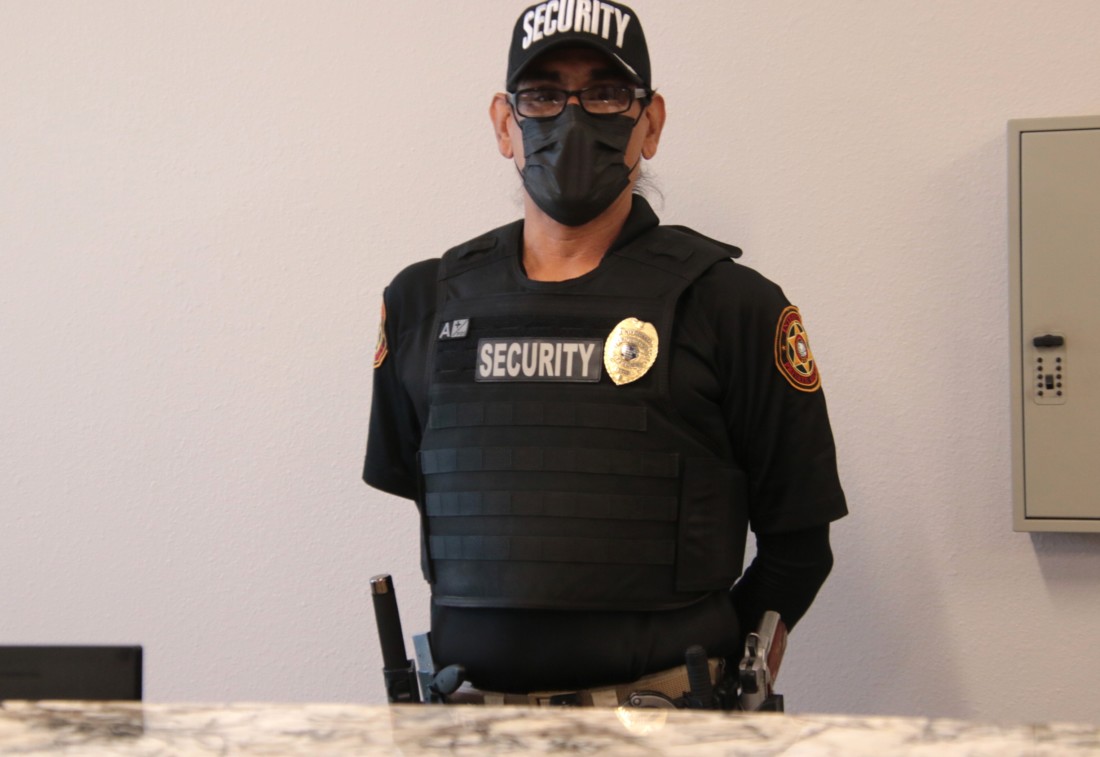 Armed security patrols outside and guards the entrance to Higher Level of Care. Photo by John Chadwell.
×

Cannabis in California has been legal for medical use since 1996, and for recreational use since late 2016.

Five years after cannabis was made legal for recreational use, and three years after it adopted regulatory guidelines, unincorporated San Benito County came closer to having its first cannabis cultivation facility as Hollister and San Juan Bautista city councils began their own journeys to legalize cannabis.

Beginning in 2016, hundreds of residents and cannabis supporters attended meetings debating whether to go along with the rest of the state. Early projections of potential annual revenues for Hollister hovered around $1.6 million, according to then-city manager Bill Avera. Over the last three fiscal years, revenue has fallen short of that mark. Revenue was generated in eight categories, from regulatory permits to dispensaries, and the city’s general fund received annual returns ranging from $527,000 to $930,000.

According to the city’s cannabis webpage, there is currently one retail dispensary, along with four manufacturing facilities, three cultivation sites, three distribution centers, one non-storefront delivery, and one laboratory testing facility.

Originally, revenues went into the general fund to be spent as needed. They were also supposed to pay for six city employees to enforce regulations and manage the industry. Hollister City Manager Brett Miller said there is only one full-time employee, Maria Mendez, who is cannabis affairs manager. He said there is also partial funding for an accounting technician and a police officer. All three are permanent employees and if revenues were to decline he said the city would find a different source of revenue to keep them on the payroll.

San Juan Bautista is not receiving any revenues from cannabis operations at this time.

“Currently, there has only been one approved use permit, but they are not up and running,” Arielle Goodspeed, principal planner in the county’s Resource Management Agency, told BenitoLink. 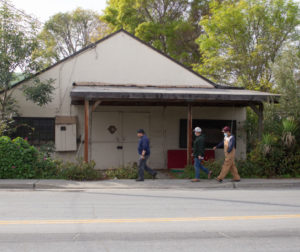