BenitoLink covered the county’s struggles with COVID-19, but also stuck with its commitment to government reporting, education, health, housing, and transportation. 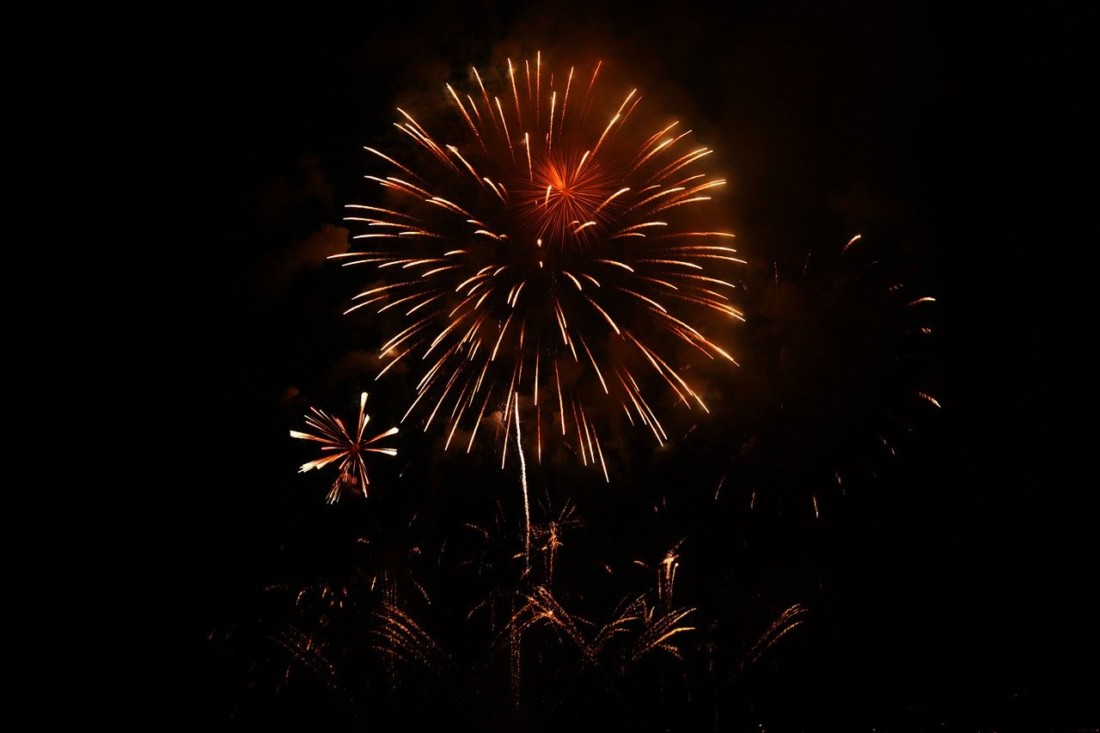 COVID-19 may have dominated the news in 2020, but it wasn’t the only story. While the BenitoLink team kept the community promptly informed on COVID-19 developments, it also offered extensive election coverage and kept at it when it came to serving up stories in our readers’ primary areas of interest. As a reporting team, we were slammed with daily news stories but were gratified to pull-off a big batch of in-depth reporting pieces throughout the year.

Here’s a selection of the year’s top stories:

The impact of COVID-19

News of the coronavirus reached our readers on Feb. 2 when officials announced San Benito County’s first two local cases. A Hollister resident, who had just returned from China, and his wife were the 10th and 11th cases in the United States. From that point forward, the pandemic was a major focus for BenitoLink this year as our reporters covered how the pandemic and stay-at-home orders impacted jobs, schools, businesses and other aspects of the community. As a community, we have not yet given appropriate recognition to the 29 San Benito County residents we lost to COVID-19 in 2020. (BenitoLink has requested this information, but has not yet received it.)

The extended impact of COVID-19 is out ahead of us and is still unknown, but here are a few articles that demonstrate its effects on the community already:

Reporter Kirti Bassendine wrote a BL Special Report on families juggling state demands with day to day needs in her article Families on the Edge.

Robert Eliason’s longform piece focused on an ill mother and son and their long road to recovery in COVID-19 recovery from a personal point of view.

John Chadwell’s photos and report on Hollister’s battle over shopping carts revealed an expanding homeless portion of our community.

BenitoLink spoke with local business owners throughout 2020, as they struggled to stay in the game and hold on to their employees. The most revealing conversations occurred as the state’s latest stay-at-home order went into effect in early December. Noe Magaña reported on difficulties local businesses face in his article Deja vu: businesses toughing out stay-at-home order.

On top of dealing with COVID-19, some businesses were forced to relocate or continue operations from home after several fires destroyed buildings in downtown Hollister. The Cottonwood Fire caused a traffic jam on Panoche Road, highlighting its limitations as a rural road and need for improvements. Over the summer, county residents anxiously kept their eyes on the CZU and SCU fires, but fortunately neither spread into the county.

San Juan Bautista has been dealing with water issues for decades, but in 2020 the problems reached critical mass. In his four-part series, Robert Eliason reported why a million dollar water fix was never implemented, how the city’s wastewater treatment plant added to water woes, and the steps being finally taken to solve them.

In the spring, BenitoLink reporter Noe Magaña was selected for a six-month fellowship with the USC Annenberg School for Communication and Journalism. He received funding and training to analyze how local students’ social and emotional health needs were being met in local schools. In his three-part series, Magaña reported on challenges students face in special education, struggles with suspension rates and how local school districts are starting to address the social-emotional needs of students. As part of the fellowship training, he filed a request through the Freedom of Information Act for data and demographics on which students in the county are falling through the cracks.

Reporter Robert Eliason produced several important articles this year with the help of  health underwriters Health Projects Center and Del Mar Caregivers on an under-covered topic—senior health issues. A very personal report focused on the complexities of in-home caregiving and the painful process onc family went through searching for a trustworthy long-term care facility for their loved one. Eliason then took a look at health from another angle, detailing the difficulties in-home caregivers face in the time of COVID-19.

A year of protest

San Benito County saw numerous protests in 2020—from the Black Lives Matter march and downtown Hollister demonstration sparked by the police killings of Breonna Taylor and George Floyd, to rallies in support of President Donald Trump and against stay-at-home orders.  Another was highlighting COVID-19’s terrible impact on local businesses—in addition, citizens gathered for a rally to recall Gov. Gavin Newsom.

As protests related to police accountability erupted around the country, reporter Frank Perez spoke to local law enforcement about what it’s like to be a police officer and a person of color working in the profession.

The local Black Lives Matter march renewed calls for the firing of a controversial Hollister police officer. That officer spoke to reporter Noe Magana about his experience and again when he retired a few months later.

As the community continues to grow and more agricultural land is converted for other uses, reporter Matthew Koller set out to answer what defines prime agricultural land, what measures are in place to keep it, and  how agricultural easements attempt to preserve San Benito County’s rural character.

Housing and land use

BenitoLink’s coverage of local housing ranged from the challenges the Amah Mutsun peoples face in returning to their native land to the cost-cutting appeal of RV living. A local organization also launched a 100-day goal to fight youth homelessness. Reporter Robert Eliason covered how the lack of foster care in San Benito County forces local children to move long distances away from their connections.

BenitoLink extensively covered two controversial land use projects presented to county voters. In the case of the commercial nodes along Highway 101, we reported on it from the time the four properties were rezoned by the San Benito County Planning Commission, through the election and lawsuits that were filed.

The Strada Verde Innovation Park was another important project to the community. BenitoLink provided an in-depth analysis of the measure and gave extensive time to those representing both sides of the debate.

As part of its nonprofit mission, BenitoLink promotes civil discussion on issues that affect the community. For this reason, we invite community members to join the conversation through our Community Opinion section.

Throughout the year BenitoLink  received many notable and thought provoking community contributions.  Several were from San Benito County Sheriff’s Office Captain Eric Taylor, who detailed his experience responding to a call for a drowning girl and examined the history and current status of Hispanic street gangs in California. Angela Hagins, president of the Hollister Elementary School Teachers Association, contributed a commentary on the distance learning safety dilemma. Steve Kinsella, former president and superintendent of Gavilan College, wrote an opinion piece saying the community college’s deficits are a result of overspending. Jose Martinez-Saldaña, deputy director of programs for Youth Alliance, wrote that it’s time to remove school resource officers from local campuses (something the Hollister School District did in 2020).

Hollister councilman Marty Richman was a major community contributor before and after he was elected to office. Richman was willing to “do the numbers” on complex community issues. Prior to his death, Richman wrote about how Hollister’s 1940 census records told the history of ordinary people.

There are several stories that we stuck with for months and in some cases years on end. Persistence is part of good, effective journalism. One of those stories has been followed from day one by reporter John Chadwell. In this case, CalTrans is being held accountable and Chadwell has stuck with it as the repair cost for CalTrans Highway 25 road failure has climbed from 2.1 million to the latest figure of 22 million. Chadwell updated the Highway 25 realignment story in 2020, but it is not over yet.

Noe Magaña, BenitoLink’s only staff reporter picked up an embezzlement story in July 2019. Little did we know it would take a year and a half to fully research the story enough to publish it for our readers. This very thorough article provides another example of a county business not being served by the agencies that have the authority to help. We closed out 2020 with this powerful report. BenitoLink will continue its commitment to in-depth reporting (see BL Special Report tab in main menu) and reader support is critical to these labor intensive projects.

Nonprofits give their all

It is impossible to look back at the year and not take a moment to recognize the agencies and many nonprofits in San Benito County that made life better for residents in such a tough and unusual year. Volunteers are the engine behind many of these organizations. Right away, the Community Foundation for San Benito County, which serves over 150 local nonprofits, procured masks and equipment and dispersed them to area nonprofits working in the trenches. Community Food Bank of San Benito, United Way, Emmaus’ House, My Father’s House and many, many more got to work and provided services to those in need.

As a homegrown, community-based news organization, BenitoLink looks back at 2020 with both the frustration of having lots of news to cover with a tiny staff and the satisfaction of being able to share with readers the tangible results of our hard work in this review.

With 2020 coming to an end, the BenitoLink team is thankful for the amazing support we get from our local, regional and even worldwide group of readers and supporters, San Benito businesses, our major donors and the foundations (Institute for Nonprofit News, Monterey Peninsula Foundation/AT&T Golf Tournament, Community Foundation for San Benito County, Health Projects Center, United Way, Emma Bowen Foundation,  Silicon Valley Community Foundation, Google Journalism Emergency Fund, Lenfest Institute, Journalism Relief Fund and Facebook Journalism Project) that have approved grants for our benefit. Together, with your continued involvement, we can build the accessible and accountable public service news organization we all want and need.